Already phased out in a number of international markets, Suzuki has hinted that a likely Grand Vitara successor could be introduced in around two years’ time. 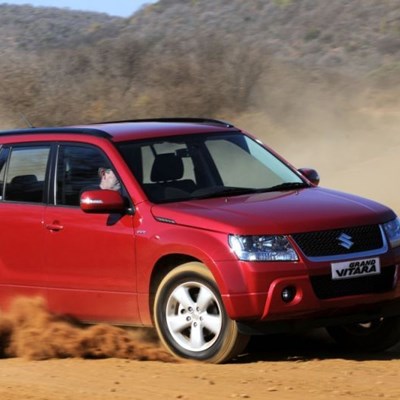 This according to the automaker’s General Manager in Australia, Michael Pachota, who told goauto.com.au at the recent unveiling of the all-new Jimny that the Hamamatsu-based marque is not in favour of simply discontinuing a specific nameplate even after a prolonged hiatus.

“I can’t confirm it, but based on what I’ve heard I don’t think Grand Vitara is dead. I think there is an opportunity for that nameplate to come back. It’s just a matter of the right research and development on SMC’s (Suzuki Motor Corporation’s) part,” Pachota told the online platform.

“They haven’t confirmed at all whether or not it’s coming, they’re keeping it very close to their chest. But we had the same experience with Jimny … and that car was five years in development before they released the vehicle to the public, so it takes some time to get the product right”.

Expected to replace the third generation model that bowed in 2005 and which has never been replaced since ending production two years ago, Pachota hinted that the fourth generation could potentially stay true to the heritage of the first three in that it will continue to feature a low-range gearbox and possibly seven-seats like the long wheelbase XL-7 that went out of production with the second iteration in 2005.

“Suzuki customers definitely want an XL-7. Still to this day, people come in with their old XL-7s asking if we have a new one … but I guess it’s all about Suzuki from a global perspective identifying that, and understanding what needs to be done to build a new model,” Pachota continued.

“It all depends on what technologies are available too, in the marketplace based on competitors, and understanding what they need to develop to meet the market’s demand – so if that’s what the market is developing, Suzuki will look down that track, but I can’t confirm yea or nay because they haven’t even confirmed to us they’re bringing a new Grand Vitara out”.

In a related interview with kolesa.ru, Suzuki Automobile Russia CEO, Yuta Takahashi, remarked that no decision has yet been as to whether the Grand Vitara would follow the same route as its regular sibling in becoming a soft-roader as opposed to the full-on off-roader like the previous generations and indeed the Jimny, due to global segment preference.

“If all available Vitara properties are scaled to a mid-size crossover and call it Grand Vitara, then there is no certainty that the buyer will accept this idea. In Europe, this car still has prospects, but in Japan and India - definitely not. I sincerely would like to believe the rumours about the revival of Grand Vitara, but for now these are only rumours”.