Suzuki feeds the Dzire for Swift

The Suzuki brand in South Africa is notorious for one car in particular, the Swift. Borne out of the need for a stylish city slicker car with plenty of attitude and good fuel economy, it’s been a winner for some time. 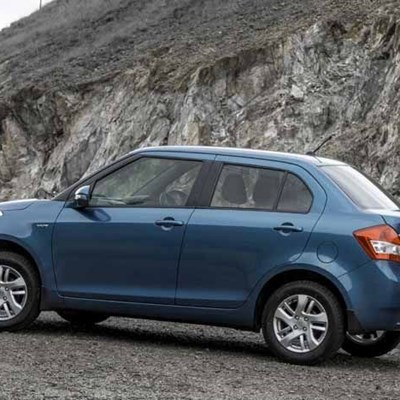 Originally launched in 2004, it’s received minor facelifts and tweaks along the way. But now Suzuki Auto South Africa has introduced a 1.2-litre engine and added a new sedan model to its popular Swift hatchback range.

Retaining the same cheeky styling cues, the sedan, which will be known as the Swift DZire, has sprouted a small booty at the rear.

The new four-door sedan is built on the familiar Swift platform, but adds more practicality and security to the mix.

Boasting the same lines and features as the recently updated 2014 Swift hatch, the Dzire also has improved boot space of 300 litres and a slightly raised ride height to deal with the poor quality of South African roads.

Coming straight from India, this new breed of Swift knows how to handle rough terrain and do so while consuming very little fuel.

Both the Swift DZire and hatch are powered by the latest-generation K12-series 1.2-litre engine. Producing 63kW of power and 113Nm of torque from the 1 197cc powertrain, the DZire is available in either a five-speed manual or a four-speed automatic.

You will have to wind the car up to get going, but thankfully its sleek lightweight body, weighing in at under 1 000kg for both manual and auto, means the little Japanese warrior is credited with a 0-100km/h time of 12.6 seconds (manual) and has a top speed of 160km/h in both manual and auto.

It might not sound too brisk, but when’re you sipping a mere 5.7 litres/100km in the manual and 6.3 litres/100km in the auto, you will be seeing the gas station a lot less. This is a good thing considering that another fuel price hike is on the cards.

Inside the cockpit, you’re greeted by a few niceties. The centre stack is home to the air-conditioning controls as well as the audio system, which is standard on GL models, but optional on GA versions.

The layout is typical Swift and exactly what you need in a car fighting in this segment. However, the lack of a sixth gear across the line-up and no ABS in the base GA spec is a bit of a let-down.

Admittedly the entry-level GA model is aimed at buyers on a budget who aren’t prepared to sacrifice on quality while the more comprehensively specced GL offers buyers who can afford a few more features a host of additional creature comforts and safety spec.

All DZire models are equipped with 14-inch steel wheels while the GL models are available with 15-inch alloy rims as a R4 000 option.

The new offering of Swifts looks ready to strike at the Toyota Etios and Honda Brio line-ups and with a sporty drive and charismatic styling, it makes the nameplate hard to ignore.

The recommended pricing of the new 1.2-litre Suzuki Swift and Swift Dzire ranges include a 2-year/30 000km service plan and a 3-year/100 000km warranty. 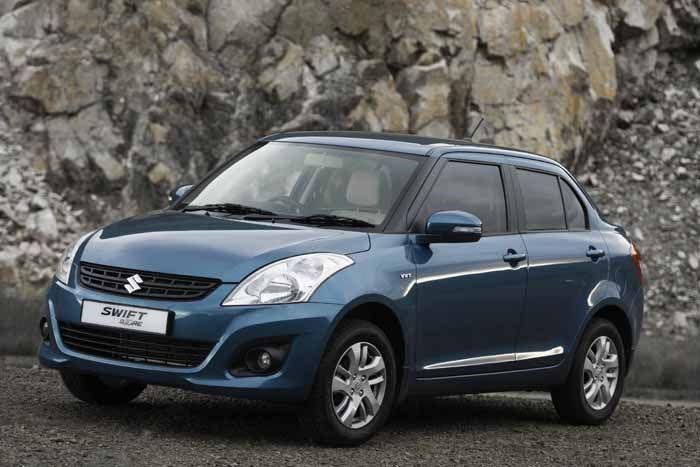