Suzuki Auto South Africa has announced that its Boosterjet range of forced-induced petrol engines will finally become available this year, with the first model to receive it being the long awaited Swift Sport. 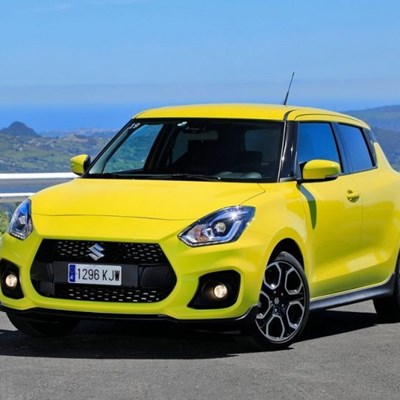 Officially unveiled in September two years ago, the new Sport ticks the scales at a mere 970 kg thanks to being underpinned by the same lightweight Heartect platform as the standard Swift, with the addition of a 1.4-litre Boosterjet outputting 103kW/230Nm, three kilowatts and 70Nm more than the old normally aspirated 1.6 Sport, resulting a claimed top speed of 210km/h and 0-100km/h in 8.1 seconds.

Despite being offered in certain markets with a six-speed automatic gearbox for the first time, chances are that local models will be limited to the six-speed manual. Final spec will however be confirmed closer to the yet-to-be announced launch date.

Along with the Swift Sport, the updated Vitara, which went on sale in Europe towards the end of last year powered by the aforementioned Boosterjet motor as well as the smaller 82kW 1.0-litre three-cylinder which has subsequently been ruled out for South Africa, will finally become available during the year as well as the recently updated Ciaz and all-new Ertiga.

“For the year ahead, we will continue to strengthen our dealer network and our product line-up to further grow our sales. We are particularly excited to have received the thumbs up from Japan to introduce our Boosterjet turbocharged engines in the new year,” Suzuki Auto South Africa Divisional Manager for Sales and Marketing, Andre Venter said in a statement, confirming that the Hamamatsu based automaker moved a total of 12 123 units last year, a 30% uptake on sales in 2017.

“We are particularly proud of the fact that the major part of our sales – 9  375 units – came from dealer sales. This means that our growth is driven by private buyers who choose the brand and not by large corporate transactions that simply boost sales numbers,” Venter said.