Is there a solution to silly season chaos?

It’s finally here - the long-awaited and hard-earned festive season we have all been craving. 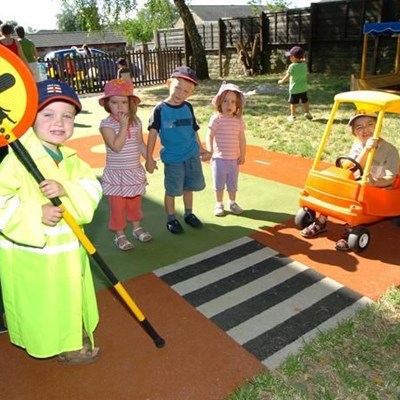 What comes now is a chance to revitalise and relax with our loved ones before the new year throws us back into a frenzy.

If you are going away, make sure your vehicle is ready for the long haul. It might get you to work every day, but driving long distances takes its toll on your car. So before heading out, check all the vehicle’s vitals, like oil and water. It is also a good idea to check the brake pads and windscreen wipers in case of rain, as well as the most important part of your car, its tyres.

I don’t want to sound like a nagging housewife, but the large spike in road deaths during the festive season is a concern. Last year, over 1 450 people lost their lives on our roads. Most of these were speed related and, of course, drunken driving.

I’ve read countless articles and postings on ideas on how to stop those who have had too much to drink from getting behind the wheel and turning their car into a hazardous missile. These include anything from the need for more visible policing to road-safety campaigns that will educate road users on the dangers of drunken driving. But let’s be honest, these don’t work. Being told not to drink and drive does little to deter the guilty and visible policing would only work if corruption wasn’t rampant and sadly a way of life.

It seems like it’s here to stay. But thankfully, the provincial traffic officials in the Western Cape do want to make a difference by introducing new technologies to help curb dangerous driving.

The pilot programme was launched a week ago, where a pupil-testing device identified drivers who were exhausted or on drugs.

The device forms part of the Safely Home campaign, which will run during the festive season. Making use of cameras, lights and software to screen the rate of pupil dilation, the Law Impaired Screening device was developed by OculusID.
The main objective is to identify driver’s fatigue, particularly over December when commuters push themselves to drive long distances their bodies aren’t used to. The system picks up that pupils dilate at a slower rate if a person is sleep deprived or overly fatigued.

Drivers are asked to look into a lens while the camera records pupil dilation. These results are recorded and the computer programme creates an on-screen graph to supply the relevant information.

Initially launched at the N1 toll plaza outside Paarl, the one of only two devices will be permanently based between Laingsburg and Aberdeen via Beaufort West while the other device will move around the Western Cape and pop up randomly at roadblocks.
It’s a good concept and I hope the pilot phase proves to be a huge success so that it can be implemented throughout the country, particularly when this year’s safety campaigns aim to focus on drunken driving, fatigue and encouraging motorists to buckle up.

There’s no denying South Africa has some of the most dangerous roads and while Government has done a lot to try and curb road deaths with campaigns like a Decade of Action for Road Safety, basic education is what’s missing.

Admittedly, Government has said that educating the public is a long-term endeavour, with its primary focus on young drivers. Through education surrounding the dangers associated with driving, including pedestrians and jaywalking (which is one of the leading causes of road fatalities), it hopes to create a healthy culture of road safety.
The key to learning is through engagement and while we might feel the Arrive Alive initiatives don’t work, face-to-face interaction does and taking ownership of your own and others’ safety will go a long way in decreasing road accidents.

The fact that there are over an estimated 770 000 unlicensed and unroadworthy vehicles on our roads doesn’t bode well to creating safer roads. The only way to get unlawful vehicles off the road is through 24-hour policing.

Quite frankly though, we don’t have the numbers - only 17 000 cops have to watch over 11 million drivers on our extensive road network, which leaves a lot be desired.
Yes, increased law enforcement would help, but it’s the classic saying, ‘It’s about quality, not quantity.’ We can have as many police officers as we like. If they engage in corruptive practices, we will be doomed to continue losing loved ones in road accidents caused by unroadworthy vehicles.