While the recent R1.84 cents a litre decrease in the price of fuel lifted a heavy burden off of the shoulders of motorists going into the festive season, it makes for alarming reading to note that the price of the precious black gold increased by a whopping R3.35 during 2018, with the one Rand hike in October being an all-time record. 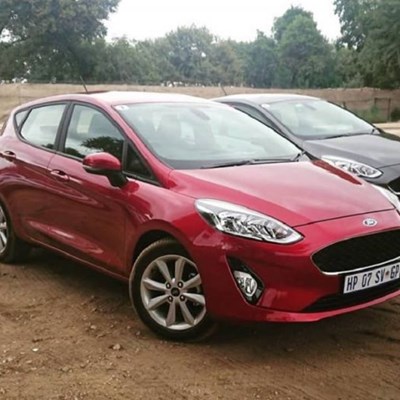 On the flip however, said decrease, along with the collective 95 cents drop in the first three months of this year, means that the overall uptake stands at 56 cents a litre, which, while sounding like little compared to some of the mammoth upswings this year, has had a significant effect on not only local vehicle sales, but most crucially, the pockets of many consumers.

A clear indication of this trend has been the growing number of upper A-segment and B-segment cars present in the monthly NAAMSA sales figures relative to SUVs and pick-ups, in spite of the country’s top seller falling in the latter category, namely the Toyota Hilux. What’s more, and in stark contrast to Europe, South Africans are still very much in-love with the diesel engines, despite their premium pricing relative to petrol examples.

Can there be fun in economy runs?

In the end, it is economy that counts and having opted not to follow key rival Volkswagen in ruling out diesel engine availability for the new Fiesta, Ford recently invited a number of scribes to take part in a fun-filled economy challenge that, admittedly, became serious.

Before setting off from the starting point in Pretoria, my driving partner and I had opted for a low-speed, low revs policy, i.e. not exceeding 1 500rpm when changing up, while also keeping the speed at around 100km/h, having the air-conditioning turned-off, coasting downhill while in-gear and more importantly, keeping the momentum up when going up an incline or overtaking and judging our speed accordingly so as not to get stuck at the lights.

Driving at the rapid rate of saving 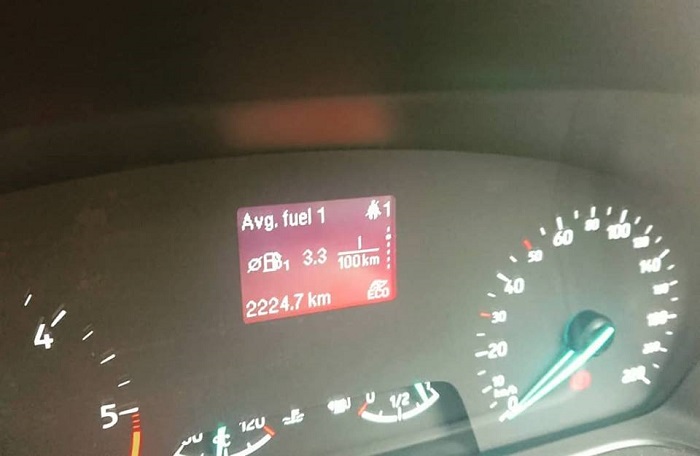 With all of these methods in place, the first part of the journey on the N1/N14 followed by the R512 to the Lion & Safari Park outside Lanseria could best be described as excruciating and anything but fun as intense concentration took over in order to beat our rivals. The end result driving carefully reflected immediately with the Fiesta’s trip computer registering a consumption of 3.3-litres/100km, on par with Ford’s claimed figure.

Leaving our stop-point, we headed to Hartbeespoort Dam on the R511, a stretch of road that threatened to ruin our consumption partly because of the uphill-climb leading into the town.

Still seated in the passenger seat with the route guide in hand, the ascent began to take its toll as we were forced to drop from sixth to fourth gear to unlock some of the 63kW/175Nm produced by the Fiesta’s 1.5 TDCi mill, which resulted in our consumption, that had been as low as 3.0-litres/100km, rocketing to 3.5-litres/100km by the time we freed into town.

Fortunately, we were able to keep our composure and thanks to keeping the speed at a satisfactory level, and with enough momentum so as not to get stuck at the lights, we arrived at our lunch venue, the Aerial Cableway, with the trip computer once again reading 3.3-litres/100km.

Stretching it to the end

Lunch at the top of the mountain over, we set out on the final leg of our journey back to the capital with the finish being at Menlyn Mall. It was now my turn to take wheel and even though my hyper-milling skills are at an advanced stage, I must admit that my nerves were shot as I didn’t want to undo all of my co-pilot’s good work.

Despite arguably being the most feathered footed member of the Autodealer team, I will admit that it did took a manner of restrained not to exceed our agreement rev-limit and quickly changing gear whenever it approached. It also heighted the whiff of low-lag the Fiesta has to contend with, as this method, when not on the highway, constantly made it feel breathless and necessitating a gear change, resulting in the engine spooling-up and the consumption going up.

Matters were, slightly, more palpable on the straight-and-narrow even at 100km/h and in the outside lane, but in spite of following all of the steps needed, I couldn’t match my partner’s otherworldly approach to driving economically, and when we reached the finishing point, the consumption stood at 3.4-litres/100km, enough for us to come in equalled place 0.2-litres/100km behind the winners.

Still the Fiesta to have

Of course, the constant throughout the journey was the car we were piloting. While certainly not the most refined with the engine not still being on the noisy side, the Fiesta surprised with its comfortable ride quality, level of fit-and-finish, equipment despite the TDCI being only available in entry-level Trend guise, and a slick-shifting gearbox that trumps the six-speed automatic in all but everyday ease-of-use.

With a price tag of R300 900, the Fiesta TDCI does command a substantial R31 000 premium over the equivalent EcoBoost petrol as anticipated, but seeing as the worst recorded figure on our challenge came to 4.4-litres/100km, the still intact reputation of diesel power in South Africa, as well as the fluctuation petrol price, arguably makes it the pick of the range.