A flurry of awards for Suzuki 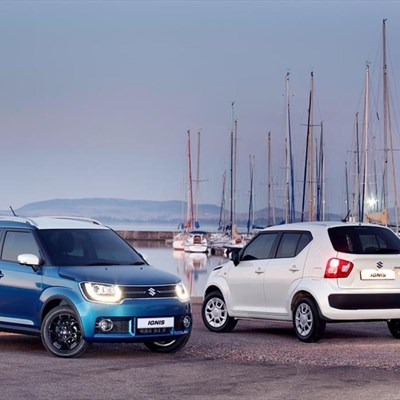 MOTORING NEWS - The Suzuki Ignis – Suzuki's new compact crossover – has proven itself a comfortable and capable daily drive, but there is one thing that it may not be able to do: fit all its trophies into its luggage compartment.

It was joined on the podium by the next-generation Suzuki Swift and its new 1,0 Boosterjet-engine which is not yet available in South Africa. The Swift received the COTY Eco Award.

The Ignis and Swift drove away with these two COTY awards after an extensive test programme in which 15 members of the Association of Scottish Motoring Writers tested these and other vehicles extensively over 12 months.

In their report, the association noted that the Ignis and Swift found themselves in a very popular niche for affordable, well-specified city vehicles that are light on fuel, easy to maintain and still have a unique design and stand-out character.

For the Ignis, these characteristics were also highlighted in the World Car of the Year Awards, where it was the runner-up in the Urban Car category.

Further south in the British Isles, the Suzuki Celerio and next-generation Swift received similar accolades in the form of the Green Apple Environmental Awards, which are adjudicated by the Midland Group of Motoring Writers.

It is the third consecutive year that the Celerio received a Green Apple Award in the entry-level category. This year, it received a Silver Award after receiving Gold in 2016.

In South Africa, the Ignis has been selected as a finalist in the 2018 WesBank and SAGMJ Car of the Year Competition and it is under consideration in several industry competitions, including the WesBank and Cars.co.za Consumer Awards.

"We have doubled our Ignis order from our international Suzuki supply network in order to cut our current waiting list down to an average of three weeks.

"It is clear that the Ignis's value proposition, quirky styling and fuel-efficient engine are finding favour with new and existing Suzuki owners," says André Venter, divisional manager for sales and marketing at Suzuki Auto South Africa.

The brand was chosen as the 2017 Automotive Brand of the Year at the WesBank and Cars.co.za consumer awards, which is based on in-depth customer feedback from vehicle owners across the country.