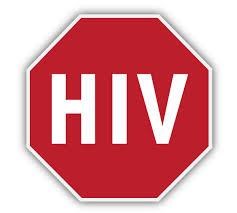 (Generic image)
INTERNATIONAL NEWS - HIV infections are rising among gay men in many parts of the world, the World Health Organization warned Friday, urging all men who have sex with men to take antiretroviral drugs to prevent infection.

"We are seeing exploding epidemics," warned Gottfried Hirnschall, who heads WHO's HIV department.

Infection rates are rising again among men who have sex with men -- the group at the epicentre of AIDS pandemic when it first emerged 33 years ago, he told reporters in Geneva.

While images of skeletal men dying of AIDS in the 1980s pushed the world to act, a younger generation that has grown up among new treatments that make it possible to live with HIV are less focused on the disease, he suggested.

Today, this group is 19 times more likely than the general population to be infected by HIV, Hirnschall said.

In Bangkok for instance, the incidence of HIV among men who have sex with men stands at 5.7 percent, compared to less than 1.0 percent for the overall population, he said.

In its new recommendations for combatting the HIV/AIDS pandemic, published Friday, the UN health agency therefore for the first time "strongly recommends men who have sex with men consider taking antiretroviral medicines as an additional method of preventing HIV infection".
US authorities made the same recommendation in May.

Taking pre-exposure prophylaxis medication, for instance as a single daily pill combining two antiretrovirals, in addition to using condoms, has been estimated to cut HIV incidence among such men by 20-25 percent, WHO said, stressing that this could avert "up to one million new infections among this group over 10 years".
The new guidelines also focus on other high-risk groups, pointing out that men who have sex with men, transgender people, prisoners, people who inject drugs and sex workers together account for about half of all new HIV infections worldwide.

At the same time, they are often the very groups who have least access to healthcare services, with criminalisation and stigma often dissuading them from seeking help even when it is available.
When people fear seeking health care services it "will inevitably lead to more infections in those communities," Rachel Baggaley, of the WHO's HIV department, told reporters.

Globally, transgender women and injecting drug users, for instance, are around 50 times more likely than the general population to contract HIV, while sex workers have a 14-fold higher chance of getting infected, WHO said.

The world has overall been making great strides in tackling HIV, with the number of new infections plunging by a third between 2001 and 2012, when 2.3 million people contracted the virus.

And by the end of 2013, some 13 million people with HIV were receiving antiretroviral treatment, dramatically reducing the number of people dying from AIDS.
"Progress is however uneven," Hirnschall said, warning that failing to address the still sky-high HIV incidence among certain groups was putting the overall battle against the deadly disease at risk.

Most countries focus the lion's share of their attention on fighting HIV infections among the general populations, paying relatively little attention to the most high-risk groups.
This is especially true in sub-Saharan Africa, which is home to 71 percent of the some 35.3 million people worldwide living with HIV, the expert said.

Hirnschall stressed that tackling infections among the most at risk should be a general concern.
"None of these people live in isolation," he said, pointing out that "sex workers and their clients have husbands, wives and partners. Some inject drugs. Many have children."

Decriminalising and destigmatising these groups would greatly help bring down HIV infections among them, WHO said.

Promoting condom use, wide-spread voluntary HIV testing, treating at-risk individuals with antiretrovirals, voluntary male circumcision and needle exchange programmes figure among the other WHO recommendations for battling the disease.