Nigeria has been rocked by protests over police brutality and deep-rooted social grievances.

INTERNATIONAL NEWS - Shops were shuttered and streets empty Thursday as Nigeria's largest city Lagos was locked down under curfew after unrest flared following the shooting of protesters.

Amnesty International said at least 12 people were killed by the Nigerian army and police in a brutal crackdown on protesters Tuesday that drew international condemnation.

Vice President Yemi Osinbajo said his "heart goes out" to the victims of the shooting as well as policemen and others who have lost their lives in several days of turmoil in Africa's most populous country.

"The pain of these terrible events is palpable in our towns and cities, and some losses are irreplaceable, but we can and will get justice for all of them," a statement said.

President Muhammadu Buhari has not yet directly commented on the shooting, drawing fierce criticism for his silence. 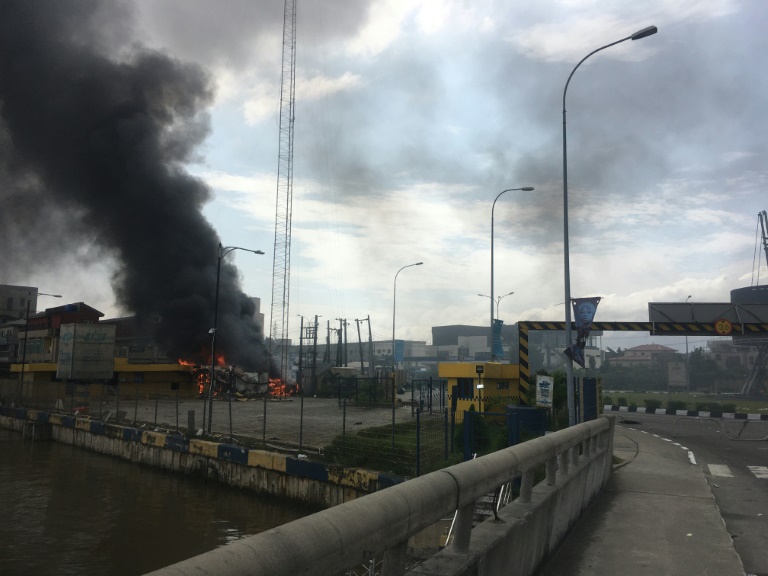 Buildings were torched in Lagos after the shooting.

Police Minister Muhammad Maigari Dingyadi told the BBC that troops were not ordered to open fire on protesters.

"I cannot say who is involved in the shooting... definitely not the police. Soldiers have already spoken about this, they are denying their involvement," he said.

Pictures and videos from the attack were widely shared on social media, unleashing a wave of anger at the authorities.

Buildings including police stations and the National Port Authority were torched and clashes erupted in several locations on Wednesday. 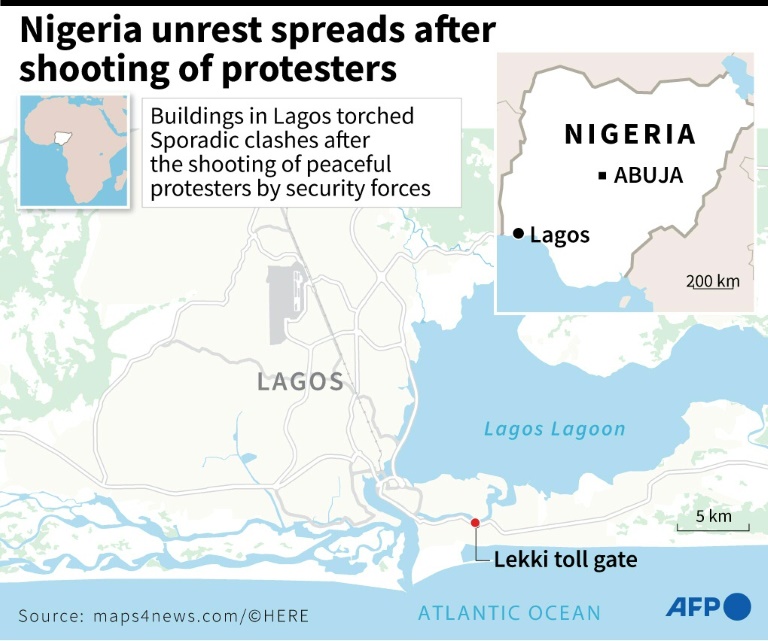 Smoke could still be seen hanging over the sprawling city of 20 million people on Thursday while schools and shops were shut under a round-the-clock curfew ordered by the authorities.

Demonstrations erupted in Nigeria on October 8 over brutality by the police's loathed Special Anti-Robbery Squad (SARS).

The protests quickly spiralled into broader demands for change as promises of reform failed to stem the anger and violence flared.

At least 56 people have died across the country since the demonstrations began, with about 38 killed nationwide on Tuesday alone, according to Amnesty. 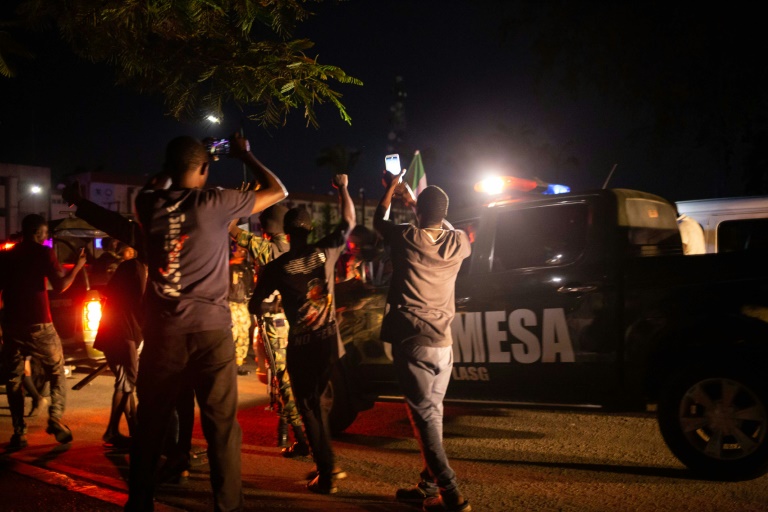 Amnesty says at least 56 people have died since the demonstrations began.

The African Union on Thursday strongly condemned the violence and called on all parties to "privilege dialogue".

The United Nations, European Union and Britain have all called for those responsible for the killings to be held responsible.

The UN High Commissioner for Human Rights Michelle Bachelet said reports lights were turned off and surveillance cameras removed at the scene before the attack suggested it was "premeditated, planned and coordinated".

Protests have been held in South Africa and London over the shooting, with a string of major celebrities throwing their weight behind the calls for justice.