Las Vegas grinds to halt as casinos close over virus

The MGM Grand Hotel & Casino on the Las Vegas Strip is among those set to close over the coronavirus pandemic.

INTERNATIONAL NEWS - Slot machines switched off, blackjack tables deserted... several of the biggest casinos in Las Vegas will shut their doors Tuesday to tackle the spread of the new coronavirus.

The sweeping closures will deal a heavy blow to tourists and gamblers - and many of the city's vulnerable contract workers.

The virus claimed its first victim in Nevada on Monday, with a death reported in Clark County, which encompasses the Las Vegas Strip, a street packed with world-famous hotels and casinos.

With US authorities now recommending that mass events with 10 or more people be canceled, MGM Resorts said it would temporarily suspend operations until further notice.

"It is now apparent that this is a public health crisis that requires major collective action if we are to slow its progression," chairman Jim Murren said in a statement. 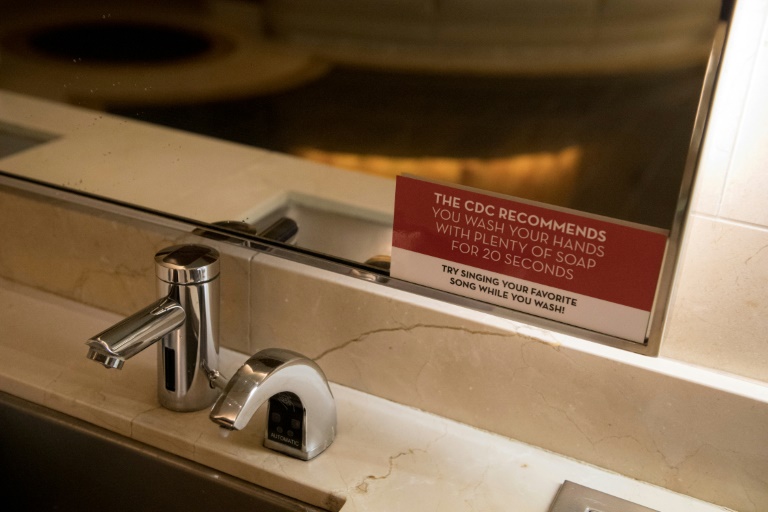 The virus has claimed its first victim in Nevada.

"Accordingly, we will close all of our Las Vegas properties... for the good of our employees, guests and communities," Murren said, adding the company intends to re-open the facilities "as soon as it is safe."

The group operates casinos including the Bellagio, the MGM Grand, New York-New York and the Luxor - in total, a third of those lining the glitzy Strip.

On Monday, videos posted to social media showed empty rooms in casinos which traditionally bustle with customers at all hours.

Wynn Resorts, another major hotel group, will also suspend operations from Tuesday, while Sands and Caesars are set to remain open on a restricted basis, local media reported.

Besides the casinos themselves, Las Vegas has also been forced to follow much of the rest of the US in cancelling major events.

CinemaCon, the movie theater industry's annual summit, is scrapped this year, while the NFL Draft will proceed without the public events that had been planned in Las Vegas. Besides the casinos themselves, Las Vegas has also been forced to follow much of the rest of the US in cancelling major events.

Shows by magician David Copperfield and the Cirque du Soleil troupe are off.

While a blow to tourists and the local economy, the worst affected are likely to be casino workers, the state's biggest union said Monday.

The 60,000-strong Culinary Union told AFP that it is negotiating to ensure that "all workers, regardless if they are under a union contract or not... should be paid during the time when business is closed."

In a leaked letter to MGM employees, Murren said full-time workers would be paid two weeks beyond their last day if laid off and would receive benefits until the end of June.

"We deeply regret the strain it will cause families and our community partners, and we will do all we can to mitigate it," the letter reads.

The Review-Journal newspaper also reported layoffs at Caesars Entertainment, which owns several casinos including Caesars Palace. The company did not respond to AFP calls.

Marie Rhodes, a Las Vegas worker, published a video to Instagram saying she had been laid off "until further notice."

"Some people won't be coming back. Twenty-one years at this joint, I know I'll be back, but I just talked to one of my co-workers who has no savings," she said.

"I don't know what they are gonna do, because we don't know how long this shit will last.