The crowd and the back of the stage is seen from the campground at the 1969 Woodstock Music Festival, where between 400,000 and half a million people showed up to the surprise of organizers.

INTERNATIONAL NEWS - Hundreds of thousands of people peacefully communing for a weekend of music, free love and mind-expanding drugs - in today's era of mass shootings, the popular free-wheeling image of Woodstock can seem a bit naive.

Major events in America now are not complete without metal detectors, bomb-sniffing dogs, bag inspections - and the ever-growing paranoia that a gunman could be in the crowd.

And law enforcement officials say the chances of a Woodstock-like gathering ever organically springing up again are slim.

"It's a very, very different environment than it was 50 years ago," said Stuart Cameron, the police chief in New York's Suffolk County on Long Island.

An event akin to the original Woodstock is "not something we would allow to have happen," Cameron told AFP.

Reports from the era are conflicting, but at least two people are believed to have died at Woodstock in 1969 - one who was run over by a tractor cleaning up, and one of a drug overdose.

Security at the four-day music extravaganza on a farm north of New York was rather quaint as compared with today's standards.

Organizers flew in members of The Hog Farm, now considered to be the longest running hippie commune in the United States.

The group served food and tended to festival-goers experiencing negative LSD trips in "freakout tents," while members of the "Please Force" asked revelers politely to keep the peace.

To mark the 50th anniversary of the 1969 festival, one of its original organizers, Michael Lang, had hoped to put on a bash for the ages, with some 80 acts ranging from original participant Santana to Jay-Z. 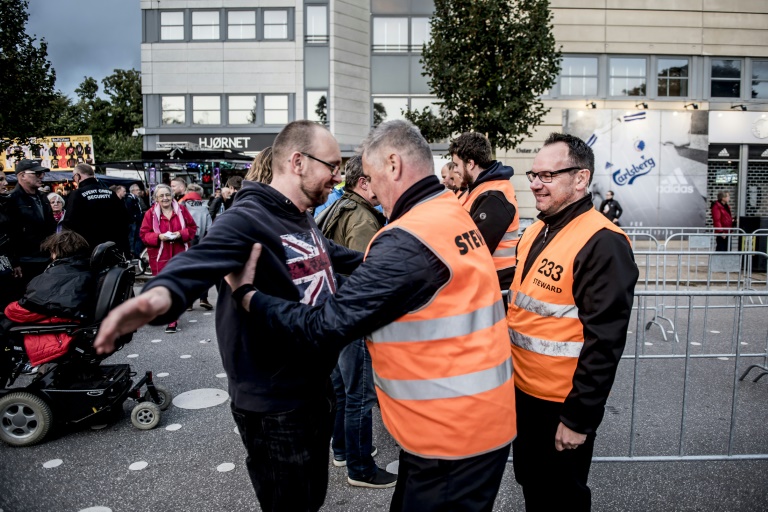 Stewards perform security checks on concert-goers as they line up for a concert of British rockers The Rolling Stones at the Telia Parken Stadium in Copenhagen in October 2017, just after a gunman opened fire on a concert in Las Vegas.

But unlike in the good old days, he and his team couldn't just find a farmer willing to host when his original site fell through, erect some semblance of fencing and hope for the best.

The dream of Woodstock 50 morphed into a nightmare and ultimately failed, as this year's organizers were denied permit after permit over issues like medical care plans, adequate water supply, food safety and security personnel.

"Everyone is very safety conscious in this day and age. Far more health conscious," said Cameron.

"People assume if they buy food at an event, it's safe to eat - that if they get injured, there will be an ambulance."

"Back then, I don't know if that was necessarily assumed."

Beyond issues of sanitation, the horrifying rise in mass killings in recent years, including at concerts both open-air and indoors, has diminished the likelihood of another mass gathering like Woodstock from ever occurring - and the prospect that attendees would even want to attend an event as lax as it was. 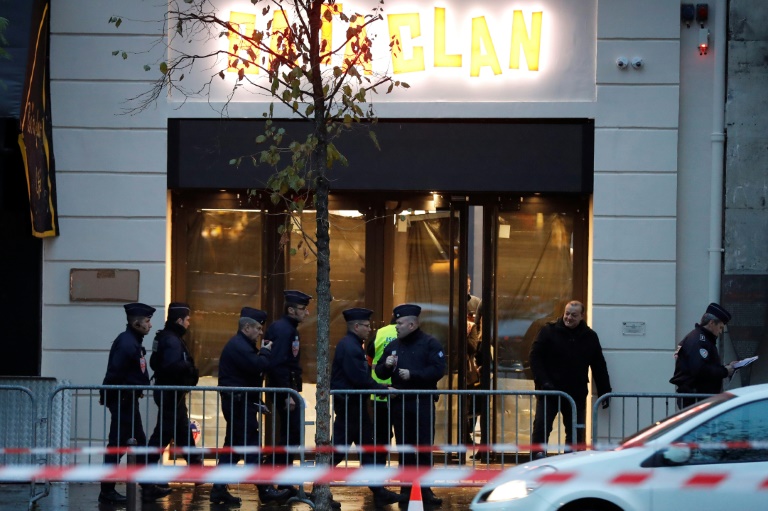 French policemen and security officers stand guard at the entrance of the Bataclan concert hall in Paris on November 12, 2016, a few hours before the reopening concert by British musician Sting months after a terror attack.

Later in 1969, California's Altamont concert ended in tragedy, with four people dying - including one killed by members of the Hells Angels motorcycle gang, which had been hired and tasked with securing the event.

A Woodstock commemoration festival in 1999 was marred by reports of violence, looting, fires and rape.

Paris's Bataclan concert hall was the site of a massacre in 2015 during a coordinated terror attack on the French capital.

In 2017, a gunman sprayed bullets over a concert in Las Vegas, killing scores of concertgoers.

That same year, an Ariana Grande concert in Manchester ended in fatal tragedy after what authorities said was a suicide bombing.

"I don't know that people would aspire to go to an event that doesn't have adequate security in this day and age," Cameron said.

The music festival circuit has of course boomed in recent decades - Coachella, Glastonbury and Lollapalooza are all prominent examples - but they are expensive, regulated and fortified with security gates, sensors and guards.

For Giacalone, over the years, "every dynamic has changed in law enforcement, and how you go about policing these kinds of events."

"The big thing used to be smuggling in drugs and alcohol, but now it's people bringing in weapons of mass destruction and killing everybody," he said. 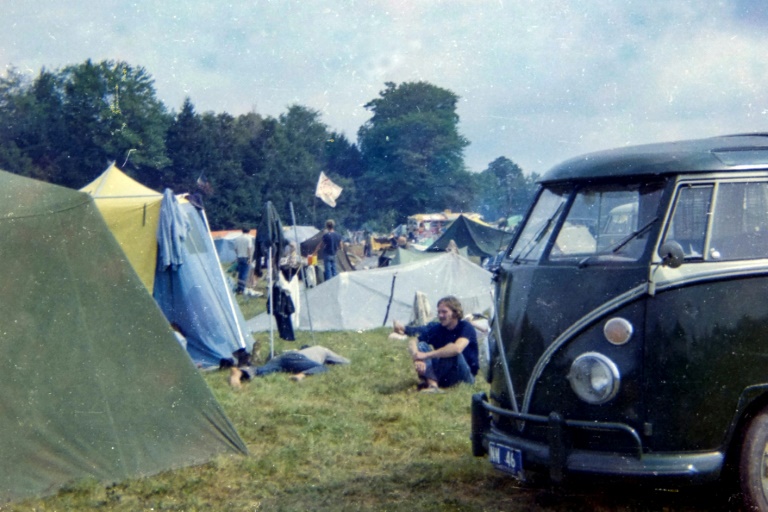 The campground at the 1969 Woodstock music festival, a mass gathering that saw hundreds of thousands of people party in the rain to rock's greats.

"It's not that we didn't have mass shootings before, but they were few and far between," Giacalone said, citing the 1966 tower shooting massacre in Austin, Texas that remained the deadliest such event in the US for 18 years.

"The fabric of society has changed over the last 20 or 30 years," he said, saying that the perceived utopia of the Woodstock festival simply could not happen again given those shifts.

"It's never going to be the same experience for people who remember the sixties," Giacalone said.