Assange is in custody in London awaiting sentencing for breaching his British bail conditions in 2012 by seeking refuge in Ecuador's London embassy.

INTERNATIONAL NEWS - Ecuadoran President Lenin Moreno on Sunday defended his decision to overturn Julian Assange's asylum status, claiming in an interview with the Guardian newspaper that the WikiLeaks founder had tried to set up a "centre for spying" in Ecuador's London embassy.

"It is unfortunate that, from our territory and with the permission of authorities of the previous government, facilities have been provided within the Ecuadoran embassy in London to interfere in processes of other states," Moreno said.

"We cannot allow our house, the house that opened its doors, to become a centre for spying," added Moreno, who was elected in 2017.

"Our decision is not arbitrary but is based on international law," he said.

The WikiLeaks founder is in custody in London awaiting sentencing for breaching his British bail conditions in 2012 by seeking refuge in the Ecuadoran embassy to avoid extradition to Sweden.

Earlier Sunday, Assange's lawyer said his client would cooperate with Swedish authorities if they reopen a rape case against him but would continue to resist any bid to extradite him to the United States. 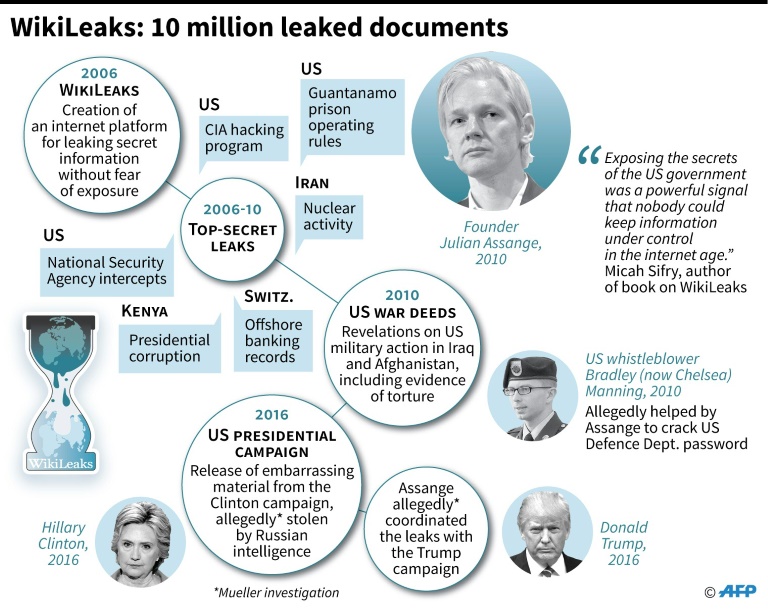 "We are absolutely happy to answer those queries if and when they come up," Jennifer Robinson told Sky News television about the rape claims.

"The key issue at the moment is US extradition, which we have warned about for many years," she added.

Assange was arrested at the embassy on Thursday after Ecuador gave him up, and is now also fighting a US extradition warrant relating to the release by WikiLeaks of a huge cache of official documents.

The Australian has always denied the claims of sexual assault and rape in Sweden. The first expired in 2015 and the other was dropped in 2017, but the alleged rape victim has now asked for the case to be reopened.

If Stockholm makes a formal extradition request, the British government will have to decide whether to consider it before or after that of the United States.

Robinson said Assange would seek assurances from Sweden that he would not be sent on to America, saying: "That is the same assurance we were seeking in 2010 and the refusal to give that is why he sought asylum."

'Not above the law'

She added: "He's not above the law. Julian has never been concerned about facing British justice or indeed Swedish justice. This case is and has always been about his concern about being sent to face American injustice."

The US indictment charges Assange with "conspiracy", alleging that he worked with former US Army intelligence analyst Chelsea Manning to crack a password stored on Department of Defence computers in March 2010.

He faces up to five years in jail.

West met with Assange in prison on Friday. 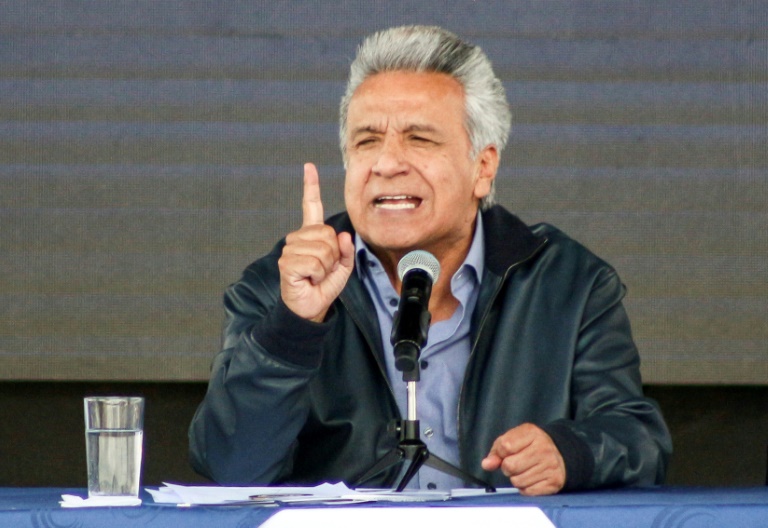 In a Guardian interview, Ecuadoran President Lenin Moreno charged that Assange "mistreated our officials (and) started to make legal threats even against who was helping him".Two left-wing German lawmakers, Heike Hansel and Sevim Dagdelen, along with Spanish MEP Ana Miranda were expected in London on Monday when they were originally set to meet Assange at the embassy.

Instead, they will hold a news conference outside the Belmarsh prison where Assange is being held, the German party Die Linke and WikiLeaks said.

Manning passed hundreds of thousands of classified documents to WikiLeaks, exposing US military wrongdoing in the Iraq war and diplomatic secrets about scores of countries around the world.

The conspiracy charge against Assange seems intended to sidestep limits on prosecution potentially arising from the US Constitution's First Amendment guarantee of press freedom.

But Robinson insisted: "This indictment clearly engages newsgathering activities and the kinds of communications that journalists have with sources all the time."

The lawyer condemned as "outrageous" claims made by Ecuador about Assange's behaviour in the embassy, including that he smeared his faeces on the wall, saying: "That's not true."

In the Guardian interview, Moreno charged that Assange "mistreated our officials (and) started to make legal threats even against who was helping him."