Police clamp down on drugs and illegal alcohol

The liquor that was confiscated from the vehicle.

GEORGE NEWS - A 22-year old suspect from Conville was arrested on Monday 18 January after 100 Mandrax tablets were found in his possession.

"One of the occupants threw a backpack on the roof of the house. A search of the premises resulted in the discovery of 100 Mandrax tablets and the arrest of a 22-year-old suspect," Pojie said.

In a separate incident on the same day in Laingsburg, police pulled over a Mercedes-Benz minibus at approximately 21:50. "During a search of the vehicle they found R55 000 worth of tik and 300 Mandrax tablets in the possession of a passenger," said Pojie.

The drugs were confiscated and police arrested a suspect (30) from Britstown on a charge of dealing in drugs. 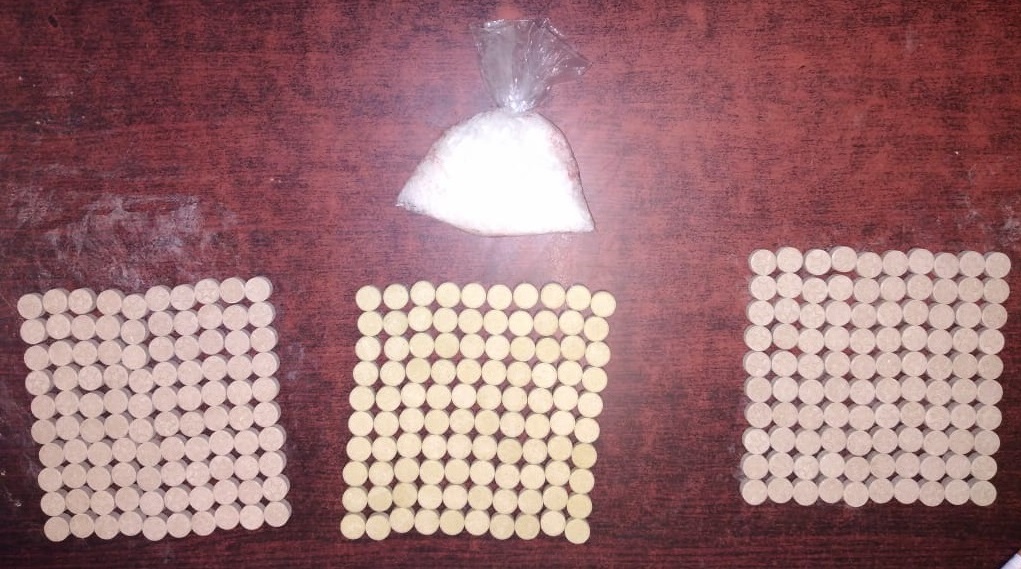 Meanwhile, another search of a delivery truck at the very same vehicle checkpoint resulted in the confiscation of 61 small bottles (200ml) of liquor hidden in the door panels of a truck and the cabin of the vehicle.

A 35-year old suspect was arrested in contravention of the Disaster Management Act regulations.

All these suspects will appear in court when charged.