The suspects, who are repeat offenders, were recently released from prison.

Some of the stolen goods.

GEORGE NEWS - Two suspects were scheduled to appear in the George Magistrate’s Court for a bail application this morning after they were arrested by the George Crime Prevention Unit (CPU) on Sunday 4 August.

Jannie October (36) and Deon Adams (31) were arrested on suspicion of possession of suspected stolen goods.

October was also arrested on the suspicion of possession of Mandrax. Both made their first court appearances the following day, Monday 5 August, where the case was remanded for today.

According to George Police communications officer, Sergeant Michael Opperman, the suspects were apprehended during vehicle patrols between Cradock and Albert streets.

“Sergeant Ju-Wayne Plaatjies and Constable Tyrone Lindoor apprehended them as they were pushing a Shoprite trolley, containing electrical equipment and kitchen ware, down Cradock Street. A black tent bag full of bathroom and bedroom items, including clothing, was also found in their possession,” Opperman said.

Opperman said that after their arrests the suspects implied that they received the items from another person. “However, after thorough investigation, it was found that a house in Albert Street had been burgled earlier,” he said.

Both suspects were positively linked to the house breaking and all items were recovered.

The suspects, who are repeat offenders, were recently released from prison. 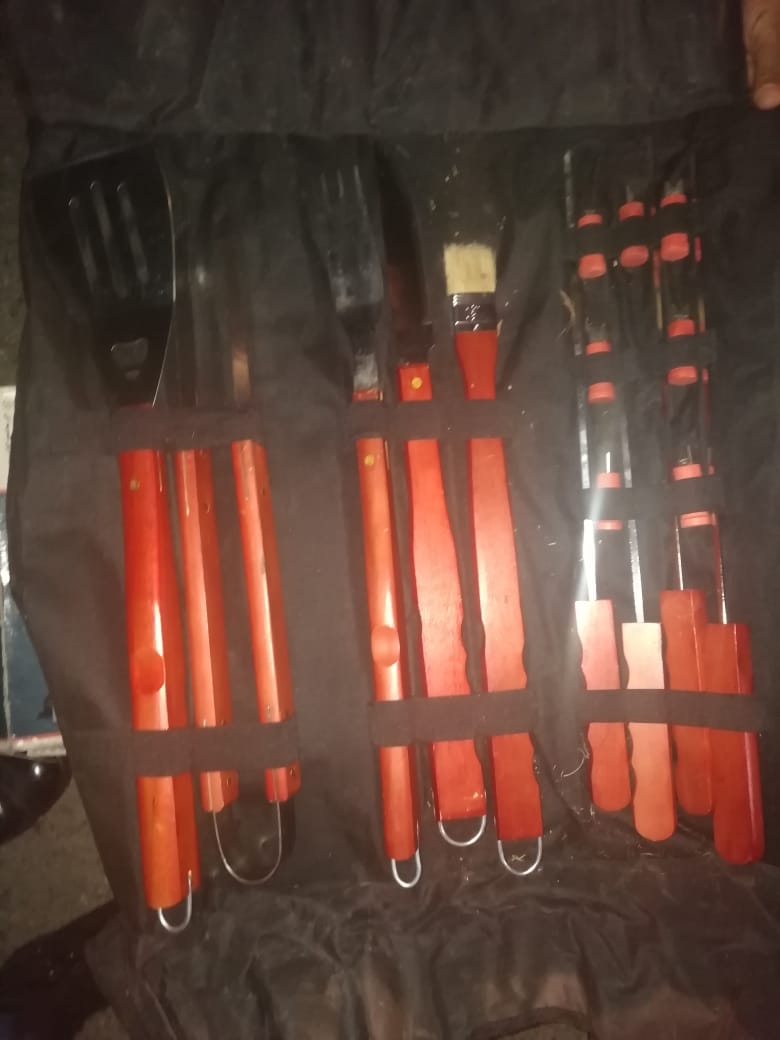 Opperman said that after their arrests the suspects implied that they received the items from another person.