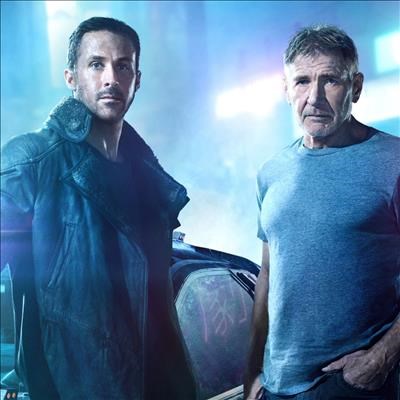 The film sees Harrison Ford reprise his role as Rick Deckard, the futuristic detective whose adventures made such an impression 35 years ago.

Ryan Gosling, Jared Leto and Robin Wright also have roles in the follow-up, directed not by Scott but by Canada's Denis Villeneuve.

So, what better time then to look back at the original Blade Runner and remind ourselves what all the fuss was about?

Here are some things you need to know about the first film before checking out the latest instalment.

It's set in Los Angeles...
...but not just any Los Angeles. The metropolis we see in the first Blade Runner is a grimy, rainy dystopia that many people have abandoned in favour of off-world colonies.

Ridley Scott used the industrial landscape of his native Teesside as the inspiration for the film's iconic opening shot of a nocturnal cityscape illuminated by hellish spumes of fire.

Set in the year 2019, the original film conceives LA as a city of flying cars, gigantic neon advertising hoardings and immense skyscrapers.

It's got robots in it...
...only they're not called robots. The proper name is replicant, so named because they've evolved to a point where they are virtually identical to humans.

Essentially slave labour used to explore and colonise other planets, replicants have a four-year life span and are forbidden from setting foot on earth.

Blade Runners like Deckard detect replicants through a polygraph-like examination - known as the 'Voight-Kampff test' - that measures emotional responses.

They also have the discretion to execute - sorry, "retire" any replicant who is found to be trespassing.