Malawi's musician with albinoism Lazarus Chigwandali practices his guitar and drum in front of his children before leaving his home to perform on the streets of Lilongwe.

ENTERTAINMENT NEWS - Like scores of other buskers, Lazarus Chigwandali plies the streets of Malawi's capital Lilongwe hoping for a few coins from appreciative passers-by.

But Chigwandali is not your usual street musician. He is an albino, releasing a professional album, and the star of a documentary produced by Madonna.

Albinos are often targeted in brutal attacks in Malawi and other southern African countries because they have white skin due to a hereditary condition that causes lack of pigmentation.

Killings, abductions and gruesome dismembering of body parts for witchcraft are all real dangers.

Despite the risks, Chigwandali, 39, has been out in front of the public for years playing his upbeat tunes on a homemade banjo and a drum that he hits with a pedal operated by his right foot.

His big break came just last year when a tourist took a video of him on a cellphone and the footage was seen by Swedish producer Johan Hugo, who asked him to record an album.

Chigwandali, who sings in the local Chichewa language, draws on his tough upbringing for his music, telling of constant harassment, suspicion and the threat of physical attack.

"Growing up, people didn't want us being close to them because of our skin," he told AFP.

"People would leave when I went to watch a football match with my younger brother (also an albino), others would jostle us.

"The album talks about the plight of persons with albinoism. How people should not stigmatise others."

Chigwandali's music stands out on its own - energetic with sharp vocals that catch everyone's attention as they walk by.

Hugo, the Swedish producer, was so impressed by the video clip that he tracked down the Malawian busker and offered to record his music.

"A few golden times in life something blows you away in such an amazing way you just cry and laugh and shake your head," Hugo said later on social media.

"(It was) one of the coolest and most emotional moments of my life." 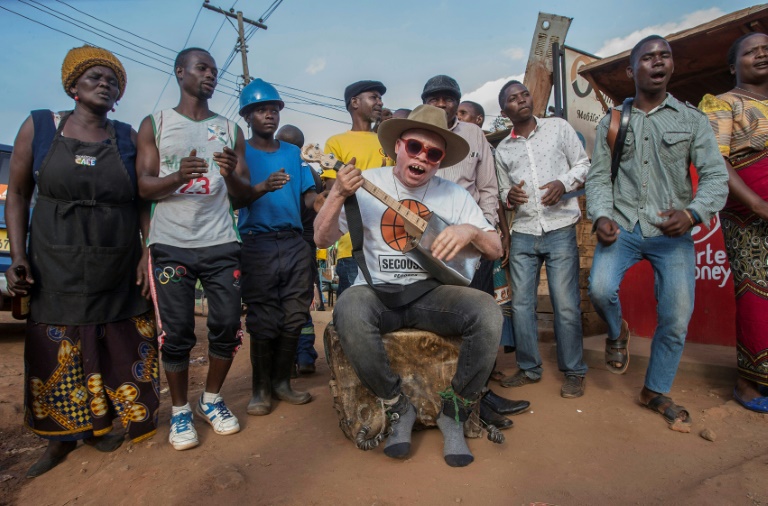 Lazarus Chigwandali, performing in Lilongwe's Area 3 Market, says he hopes his music  "gives a voice to people with albinoism, so they understand they're as worthy as any other human being."

Chigwandali still busks occasionally to provide for his wife and three sons - two of them albinos - though he hopes the blossoming projects he is involved with will soon bring in a regular income.

He wears a wide-brimmed hat to keep off the sunlight that causes painful damage to his sensitive, heavily-freckled skin, and a traditional handmade shirt with a matching pair of trousers.

Ikponswa Ero, the UN's chief expert on albinoism, told AFP that Chigwandali was playing a unique role in tackling prejudice against albinos.

"He is using the arts for advocacy, which is a powerful tool because it touches people's hearts, so he is really doing something important here," she said.

And Malawi, one of the world's poorest and most aid-dependent countries, has experienced a surge in violent attacks on people with albinoism.

In a report last year, Amnesty International said that since November 2014 there had been 148 crimes reported against people with albinoism, with at least 21 deaths.

For Chigwandali, he says his "recent status as a famous musician has made it difficult for me to be a target because I am more prominent. So, now I go to the village without the fear of being abducted."

'Give voice to albinos'

Originally from the town of Dedza in central Malawi, Chigwandali moved to Lilongwe after his much-loved younger brother died of skin cancer in 2006. 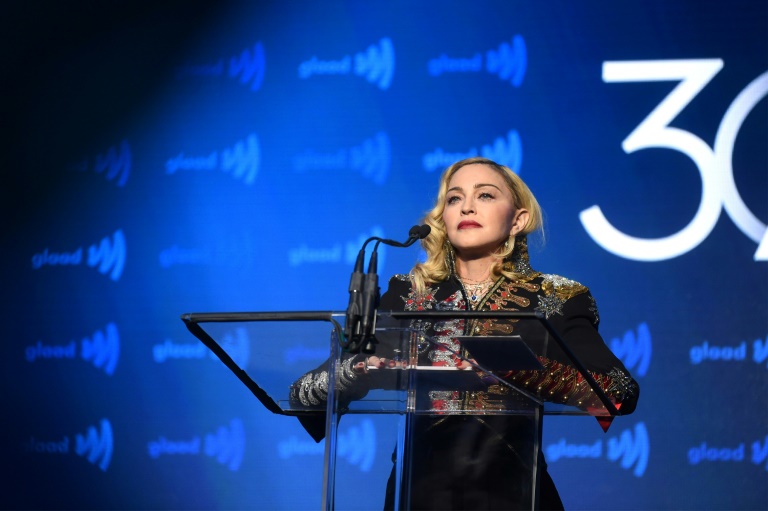 Madonna discovered the Malawian musician in 2018 and was executive producer of a documentary about him titled "Lazarus".

Superstar singer Madonna met him during a visit to Malawi last year, and took an executive producer credit in the documentary, simply titled "Lazarus", which premiered at the Tribeca Film Festival in New York in April.

"A powerful voice of a new generation in Malawi," Madonna wrote beneath a picture of the pair on social media when they performed together in Malawi.

As well as Madonna, Chigwandali hopes to emulate Salif Keita, the Malian afro-pop star singer who also has albinoism. 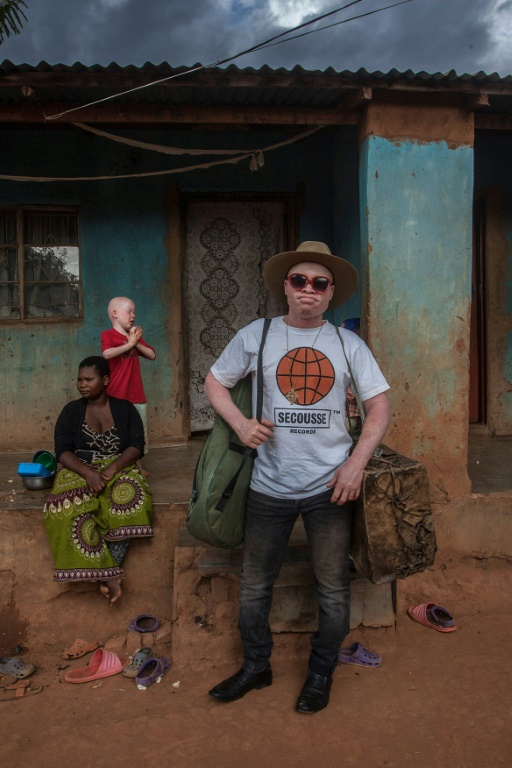 Lazarus Chigwandali, outside his home in Malawi, is about to release his first professional album.

Now preparing for his album launch, he has released a promotional track "Ndife Alendo" ("We are strangers") which has been played on several BBC radio stations.

"My message is reaching the whole world now," he said. "But there's also been really amazing support from Malawi radio and TV - I want people in my home country to hear this music and appreciate it.

"This has all been a rollercoaster ride for me, these things don’t happen in real life normally. I don't know what to expect. But I trust that people want the best for me.

"I hope my music gives a voice to people with albinoism, so they understand they're as worthy as any other human being."