A French mezzo-soprano decided to take her voice directly into people's homes as a way to stay connected.

Professional opera singer Fiona McGown has decided to perform in people's homes given the coronavirus restrictions.

ENTERTAINMENT NEWS - With concert halls shut, one French mezzo-soprano decided to take her voice directly into people's homes as a way to stay connected, and has found herself performing to families, Alpine shepherds and a couple of cats.

Sat comfortably on their couch and surrounded by family, Genevieve and Jacques, both in their nineties, have a front-row seat for a very intimate performance.

Professional opera singer Fiona McGown, 32, is delivering a powerful and moving programme of Benjamin Britten, Ravel and Rameau right there in their front room.

"It's moving to hear such singing in your own home... and we hear it better than at a concert," said former banker Jacques.

Some of the organisation is very of-the-moment: PCR tests the day before, a maximum of six people in the room, either vaccinated or wearing masks.

But it also has the feel of a bygone age.

"It's like the recitals of the 19th century," said McGown. "In a concert hall, we are blinded by the lights, we don't see the faces. Here I can see you, feel you."

The French-Scottish singer was used to performing on stage at least four times a month, and had been doing so since she was 12.

When France shut all its cultural venues during a second wave of the pandemic in October, she decided to take matters into her own hands. 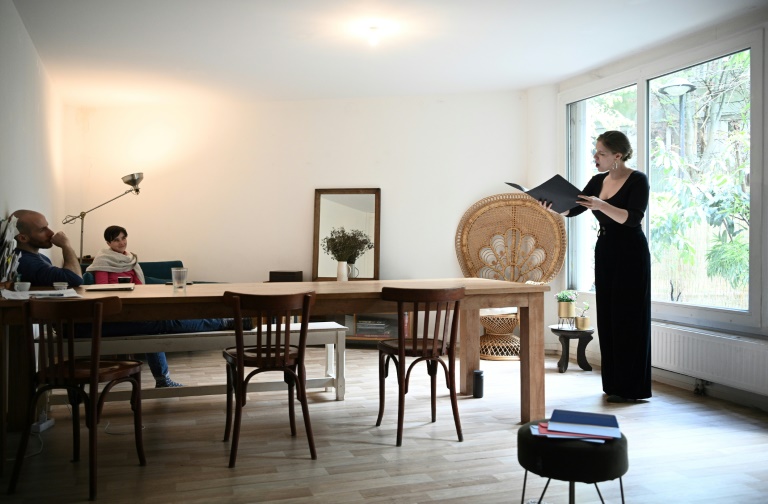 When France shut all its cultural venues during a second wave of the pandemic, McGown took matters into her own hands.

"With my diary empty, I told myself that either I sit on the sofa, or I go find an audience in their own homes," she said.

"It's amazing to be able to sing again for an audience, even a little one... It's a gift, a reconnection with what is essential in life."

Now her timetable is filling up, with seven performances in April and already five lined up for this month in Paris, Le Havre and Rennes.

"At the start, it was very much word-of-mouth," she said. "Now, I've started getting requests by email and social media."

That included a nurse, exhausted from her work, who asked McGown to come sing for her and her children.

She was also invited down to a farm in the Alps.

"They had never been to a concert and were very moved," she said.

It was in an artists' workshop in Aubervilliers that she found herself singing for a family and their two cats.

"They didn't meow, but they started to fight when I sang Ravel. I just tried to stay focused," said McGown, laughing. 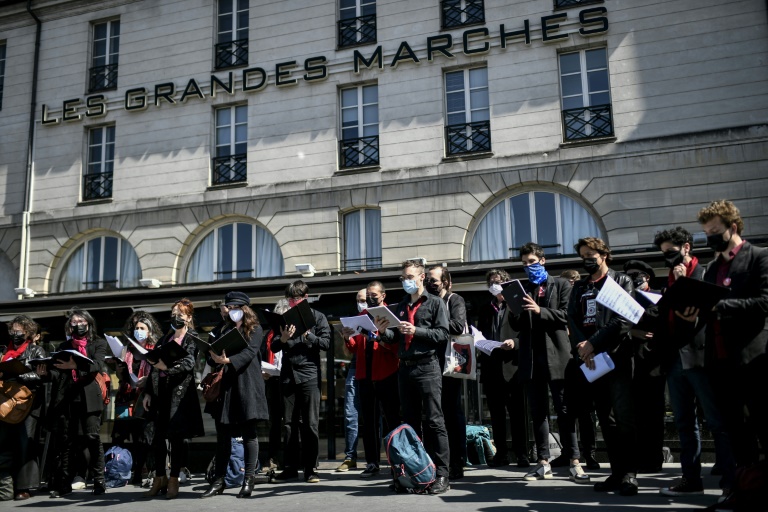 Cultural venues are due to reopen on May 19 in France.

"I don't know if I'll want to go see singers on the stage after this," said the cat owner Nour Awada, a visual artist. "I'd almost rather that this tradition of home performances carries on."

With cultural venues due to reopen on May 19 in France, McGown says she does indeed hope to continue with her new venture, even though her diary is rapidly filling up again with summer festival bookings.

"Maybe once a month," she said with a smile.