FOOTBALL NEWS - The Premier League has marked its return to prominence on the European stage as stunning Champions League comebacks from Liverpool and Tottenham Hotspur to make the final was followed by Arsenal and Chelsea booking their place in the Europa League final.

For the first time ever all four finalists will come from the same country, prompting concerns on the continent over the Premier League's wealth and status thanks to huge television rights deals.

The English sweep on the football field comes, ironically, as the United Kingdom wrestles with Brexit, the painful and protracted withdrawal from the European Union.

Only twice before in European football - the 1972 UEFA Cup and 2008 Champions League - had two English teams contested a final.

But now two will take place in the space of four days as Arsenal and Chelsea square off in a London derby, 4,500 km (2,800 miles) from home, in Baku on May 29 before Liverpool and Tottenham clash in Madrid on June 1.

"A full English," ran the headline on the back of British newspaper the Daily Mirror, while Spanish sports daily AS said: "Football does not know about Brexit."

Liverpool, last year's runners-up to Real Madrid, ended Spain's five-year grip on the continent's top club prize as they shocked Lionel Messi and Barcelona with a stunning 4-0 win at Anfield to overturn a 3-0 first leg deficit.

Tottenham drew inspiration from the Reds to also come back from a 3-0 aggregate deficit as Ajax led 2-0 on the night in Amsterdam before Lucas Moura's second half hat-trick sent Spurs into their first Champions League final.

"We enjoyed a lot watching the tie against Barcelona. They are heroes too and, of course, it is going to be an amazing final between two English teams that for sure we are going to enjoy," said Spurs boss Mauricio Pochettino.

Despite record broadcast deals bringing in billions from around the globe, English clubs have been out-thought and out-played at Champions League level over the past decade.

However, the Premier League now have the world's best managers to go with the best players.

Jurgen Klopp is in his fourth season at Liverpool and Pochettino near the end of season five at Spurs.

Arsenal's Unai Emery is a Europa League specialist having won the competition three times before at Sevilla and despite being questioned during his first season at Stamford Bridge. Chelsea's Maurizio Sarri is still coveted for jobs in Serie A should he wish to return to Italy.

"An English lesson," wrote Italian sports paper Gazzetta dello Sport. "The money flowing and the best coaches: that's how the Premier League takes it all." 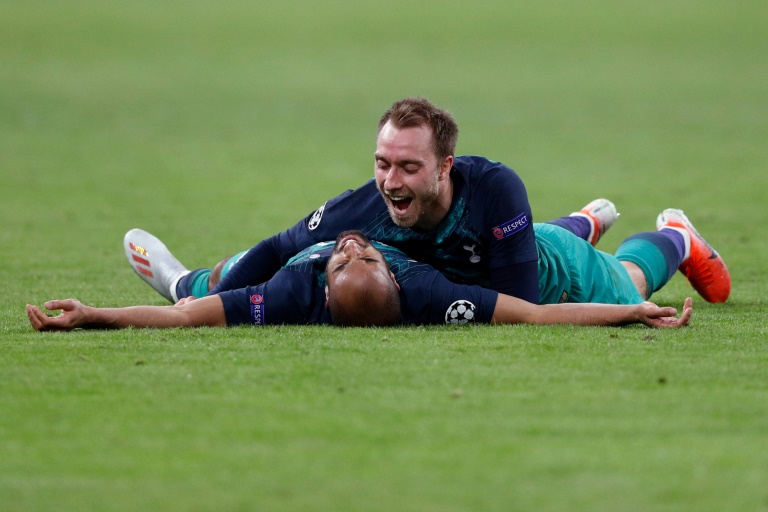 Top level
"Here the level is very high. To get to the final in the League Cup we beat Liverpool and Tottenham who are in the Champions League final, and in the final we played against the best team in Europe in my opinion, Man City," said Sarri.

"At the moment the Premier League is the best championship in Europe and as a consequence, in the world."

Chelsea needed a penalty shoot-out to beat Eintracht Frankfurt in their Europa League semi-final, while a Pierre-Emerick Aubameyang hat-trick took the Gunners to a 4-2 win over Valencia for a 7-3 aggregate.

"La Liga had devoured the European elite," wrote Madrid sports daily Marca. "However the Premier League has rebelled and the final at the Metropolitano will speak English. The same will be the case in Baku where Chelsea and Arsenal will fight for the Europa League."

Barcelona, Juventus and Bayern Munich have dominated at home in recent years, but no club has retained the Premier League title since 2009.

The constant grind of England's top six vying every season for just four Champions League places allows nobody to rest on their laurels, on the pitch or off it in the recruitment process.

"The English have the most money and are now spending it sensibly," said German newspaper Zeit Online.

"Ten years ago, it started to go downhill, but now, at the very moment they want to leave the EU, they are back."

However, the English revival has not pleased everyone and may indeed only embolden plans to radically change the format of the Champions League from 2024 to avoid prolonged Premier League domination.

"The Premier League has the most money, and when four English teams are in the finals, it is not good for football," said Bayer Leverkusen coach and former Ajax boss Peter Bosz.