FOOTBALL NEWS - Manchester City held off a record-breaking challenge from Liverpool to become the first side in a decade to retain the Premier League title with a 4-1 victory over Brighton on Sunday.

A shock run of three defeats in four Premier League games in December saw City fall seven points behind Liverpool ahead of their New Year showdown at the Etihad.

Guardiola conceded the title would be over if his side lost and the game was delicately poised after Roberto Firmino cancelled out Sergio Aguero's opener.

Leroy Sane had surprisingly found himself sidelined for much of the campaign, but the German arguably scored the biggest goal of City's season to inflict Liverpool's only defeat in the league 18 minutes from time. 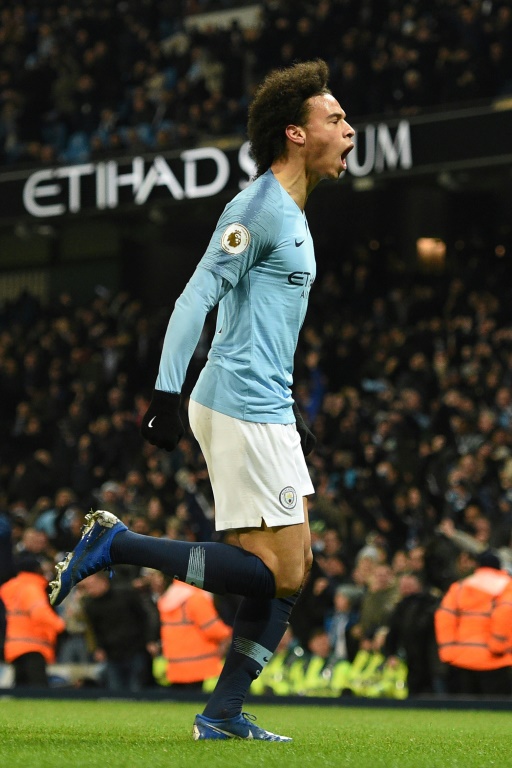 City's fourth and final defeat of the season at Newcastle handed Liverpool the chance to reopen a seven-point lead, but instead they stumbled in draws with Leicester and West Ham.

The defending champions pounced with three victories in a week to go back on top, the pick of which inflicted Chelsea's worst-ever Premier League defeat.

Aguero scored a hat-trick, Raheem Sterling twice and Ilkay Gundogan was also on target in City's most complete performance of the campaign. 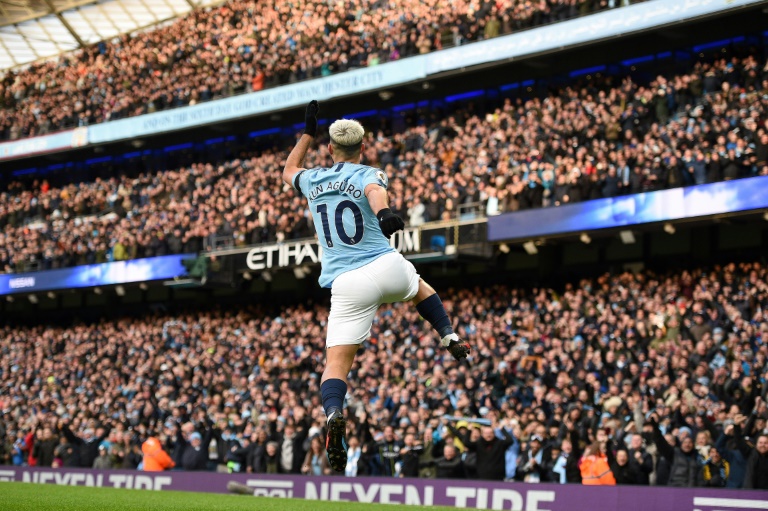 Six of the best: Sergio Aguero scored a hat-trick in a 6-0 thrashing of Chelsea.

Despite their domestic dominance, Champions League glory still eludes City after exiting in dramatic fashion on away goals to Tottenham.

City were denied a last-gasp winning goal in their quarter-final tie by a VAR review, but raised themselves to exact a measure of revenge three days later.

Phil Foden's early header was the only goal, but City had to rely on goalkeeper Ederson to make a string of saves to prevent Spurs a potentially calamitous result. 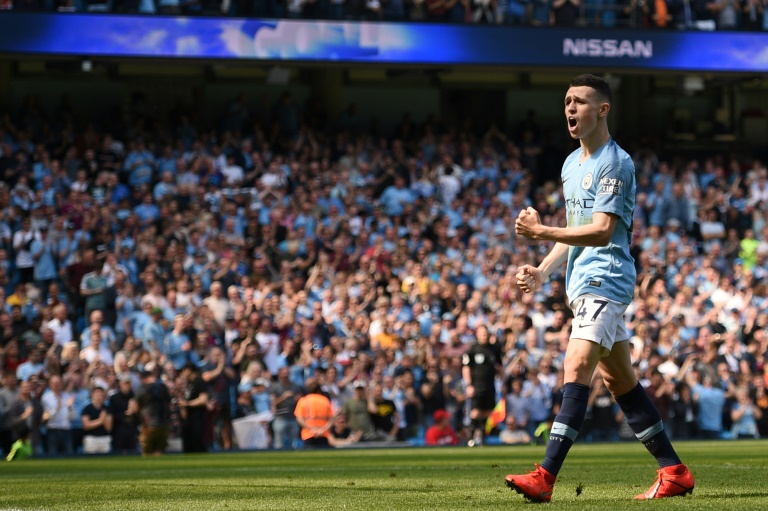 A Manchester derby was seen as the last major hurdle for City to clear four games from the finishing line.

However, unlike when Liverpool were held 0-0 at Old Trafford in late February, when United were on a high in the early stages of Ole Gunnar Solskjaer's reign, City travelled across Manchester at the right time.

United succumbed to a seventh defeat in nine games as Bernardo Silva and Sane struck in 12 second-half minutes to paint the city blue. 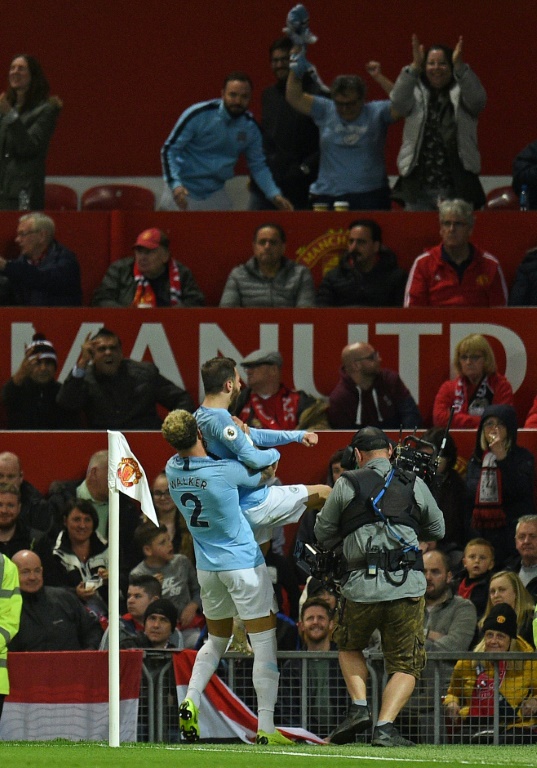 Manchester is blue: City remained on course for the title by beating Manchester United 2-0 in April.

City ended the season on a run of 14 straight Premier League wins that became progressively more nervy as the finish line approached.

Former Liverpool manager Brendan Rodgers threatened to do his old side a huge favour in the penultimate game of the season as his Leicester side frustrated City and had their chances to inflict a knockout blow at the Etihad.

However, captain Vincent Kompany stepped up 20 minutes from time to win the game in the most unlikely of circumstances by smashing the ball into the top corner for his first goal from outside the box in 12 years. 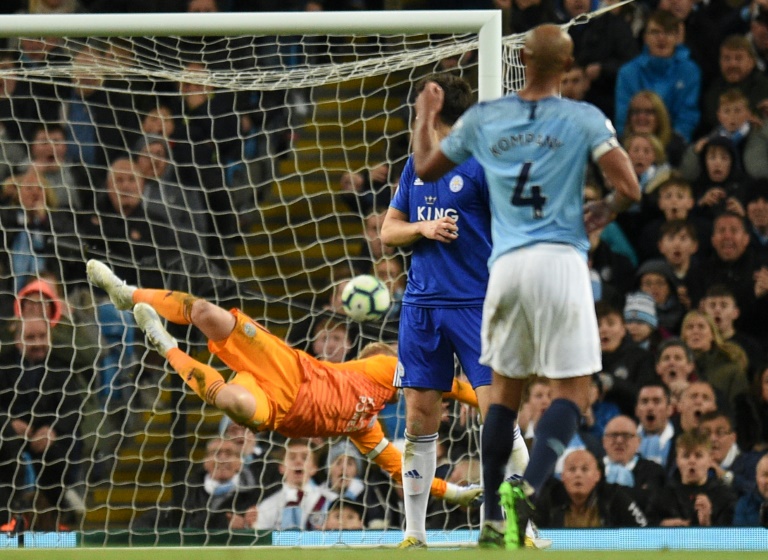