Project underway to get Choo Tjoe back on track 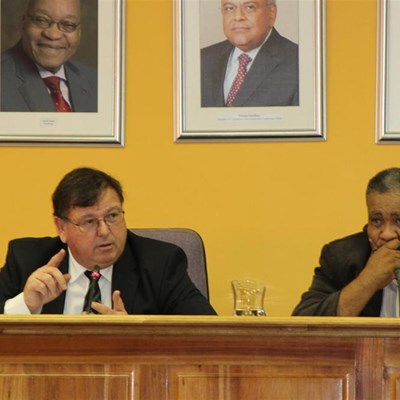 GEORGE NEWS FLASH - The revival of the Outeniqua Choo Tjoe currently enjoys a lot of attention.

It forms part of a rail regeneration project for the Eden District, and will be discussed today during a meeting in Johannesburg between delegates from the Western Cape Government and Transnet.

This R1 billion project includes extensive repairs to the railway between George and Knysna.

"The friends of the Choo Tjoe asked us to do something, and that is exactly what we are trying to do," said Donald Grant, Western Cape Minister of Transport, during the Eden District Municipality’s Mayoral Forum on Friday.

Allan McVitty of Classic Rail gave a presentation to all the mayors of the different municipalities in the district.

Read more about the rail regeneration project in the George Herald on Thursday, and online.