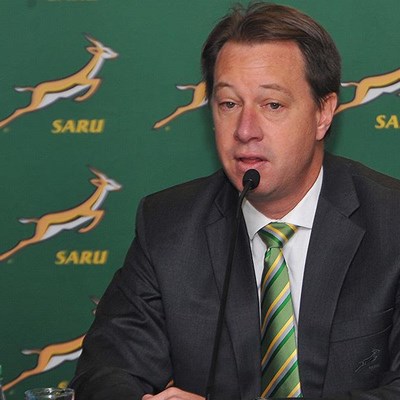 Jurie Roux.
RUGBY NEWS - SA Rugby on Tuesday delivered what it believed was a winning bid to host the 2023 Rugby World Cup at World Rugby headquarters in Dublin, Ireland.

“This is a momentous day for South African rugby and in November, when the decision is made, we hope it will ignite the beginning of a six-year journey to a climatic conclusion at the National Stadium in Johannesburg in front of 84 373 spectators in the biggest and most spectacular Rugby World Cup final there has ever been,” said Roux.
Read more on SuperSport.