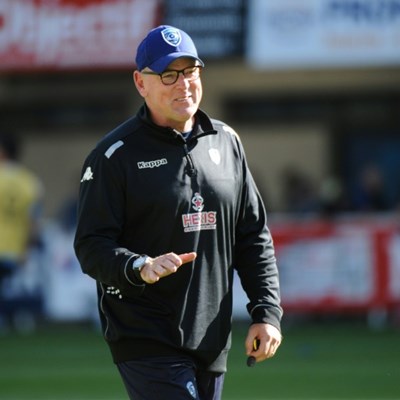 RUGBY NEWS - Jake White has offered to replace under-siege Michael Cheika as Wallabies coach and was due to have a phone hook-up with Rugby Australia Thursday, but it was cancelled after news of the call was leaked, reports said.

The South African, who steered the Springboks to the 2007 World Cup title, approached the governing body after Australia won just four of their 13 Tests this year, according to the Sydney Morning Herald.

Rugby Australia chief executive Raelene Castle has repeatedly said Cheika continues to have her backing to take the team to the World Cup in Japan next year, which is when his contract runs out.

But mounting pressure came to a head after their 37-18 defeat by England last weekend, with calls intensifying for a change of guard. It followed a tryless loss to Wales and an uninspiring win over Italy.

The planned phone call was to assess what White - a former ACT Brumbies coach - had to offer as a possible alternative, but the Herald reported it was hastily called off after being leaked to the media.

Rugby Australia gave no immediate comment to AFP, but its board are due to meet in December for a regular end-of-season review where the future of Cheika and his coaching team are expected to be discussed.

Several former Wallabies have called for change in the Test set-up after their worst year since 1995, including fullback Matt Burke who said the team was no longer well-regarded by their rivals.

"I reckon that respect factor's gone. We're down at (sixth) in the world, we started at No.3 at the start of the year," he said.