Boks at their lowest but will rise again - Mallett 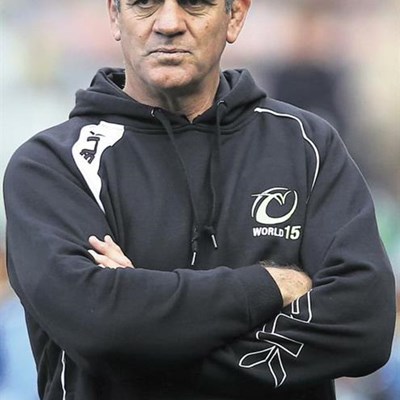 Nick Mallett. Image: twitter.com
NATIONAL NEWS - Two-time rugby union world champions South Africa are at their lowest ebb but former coach Nick Mallett told AFP they can return to being a power in the sport.

The 60-year-old, who guided the Springboks to a record 17-match unbeaten streak in 1997-98 including sweeping the then Tri-Nations title, advocated a new set of assistant coaches were required to instil belief in the battered squad.

"Yeah it is heartbreaking but I think this is probably as low as it can go, winning just 33% of your games internationally," Mallett told AFP on the sidelines of the launch of this year's Six Nations.

"I would never have thought they'd lose to Ireland at home or lose to Argentina ever.

"I didn't think they'd ever lose to Italy, against Wales it was an unusual event (only the Principality's third win in 110 years), so those are four losses right there that shouldn't have been.

"The record defeat to New Zealand (57-15 in Durban) and capitulating at home is very very disappointing. Starting at this base it can't get worse."

Mallett, who took South Africa to the 1999 World Cup semifinals but left the post a year later after falling out with the South African Rugby Football Union, said Eddie Jones had shown the way by taking over a group of dejected players following England's humbling first round exit at the 2015 World Cup and turning them into Six Nations Grand Slam winners months later.

"Just get the enthusiasm and energy back and for that maybe you need a different set of assistant coaches as replacing the head coach (Allister Coetzee) would be expensive," said Mallett, who was speaking as part of the Accenture Analysis Unit.

"Eddie Jones has the same players but instead of coming second they're coming first.
Read more on SuperSport