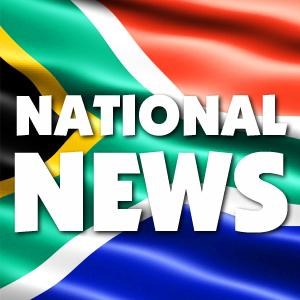 Dressed in khaki pants and jacket, he also exercised his right to remain silent.

State witnesses Paul Warner and security guard Paul Molesiwa described what they saw on May 22 last year at the Goodman Gallery in Johannesburg.

Warner recounted seeing both Makubela and Barend la Grange smearing paint on the painting, and how he initially tried to stop Makubela from leaving before backing off and using a cable tie to bind La Grange's hands.

Warner said he believed both Makubela and La Grange were vandalising the painting at the same time.

Cross-examined by Johan Spangenberg, for Makubela, he was asked to read aloud an affidavit he made on May 22 last year.

His affidavit differed slightly from his testimony regarding how long he had been at the gallery, his distance from the painting, and La Grange and Makubela smearing the painting not simultaneously.

Warner agreed his affidavit was more accurate, given that time had passed since the incident.

Molewisa, who faces charges of assaulting Makubela following the smearing, testified that he had been specifically told to guard the painting when he reported for duty at the gallery at 6am.

When he went to the toilet later on, he was told by a woman that the painting was being smeared.

He went to intervene, and only saw Makubela smear the painting, and not La Grange.

"I saw him [Makubela] alone. If there was someone else, I did not see him," Molesiwa said through an interpreter.

The court took a brief break from the matter to deal with other issues.