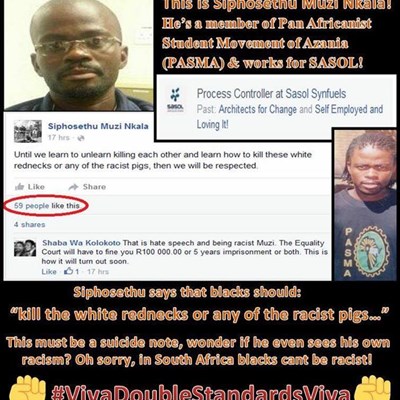 This was the message: “Until we learn to unlearn killing each other and learn how to kill these white rednecks or any of the racist pigs then we will be respected.”

Mr Alex Anderson, Head of Group Media Relations, said: “Sasol suspended an employee, based at its Secunda operations, for allegedly posting inappropriate content on a social media platform in contravention of the company’s code of ethics.