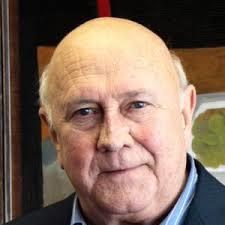 FW de Klerk
NATIONAL NEWS - Former president FW de Klerk on Thursday expressed disappointment that the 14th World Summit of Nobel Peace Laureates, due to be held in Cape Town later this month, would be relocated.

"I can understand the reaction of the Nobel Peace Laureates, but nevertheless am convinced that it was not the most appropriate response to the visa refusal," De Klerk said in response to news that the summit would no longer be held in Cape Town.

The move was due to the South African government's alleged refusal to grant the Dalai Lama a visa to attend the gathering.

De Klerk said he still believed the best way for the laureates to respond would have been to protest the visa decision while attending the summit in South Africa.

Last month, De Klerk and the Nelson Mandela and Albert Luthuli Foundations urged the laureates not to boycott the summit.

"We pointed out that by so doing they would simply hand the South African government exactly the outcome that it wanted," De Klerk said.

"The government did not want the summit to be held in South Africa because it was concerned about the criticism that participants would inevitably direct against it for its refusal to grant a visa to the Dalai Lama."

De Klerk said the laureates' decision would result in unnecessary expenditure for people who had already made travel arrangements to come to the summit in Cape Town. These included 150 international students who had saved for months to attend the event.

De Klerk and former president Nelson Mandela were joint recipients of the Nobel Peace Prize in 1993.

Briefing reporters on the matter earlier, Cape Town mayor Patricia de Lille blamed government for the suspension of the summit.

"In light of this appalling treatment of the Dalai Lama by the South African government, the [summit's] permanent secretariat had no choice but to contact the Nobel laureates and institutions with a view to identifying possible dates and alternative locations so that they can participate in the Nobel summit as they intended," De Lille said.

Last month, 14 Nobel laureates wrote to President Jacob Zuma asking that a South African travel visa be granted to the Tibetan spiritual leader, after he failed to secure the document for the third time in five years.

At the time the international relations department said the Dalai Lama's visa application was a closed matter, and that he had cancelled his trip.

De Lille said Zuma had failed to reply to the letter or indicate if the matter was receiving any attention.

Various cities, including Rome, which hosted the first seven editions of the event, had expressed interest.

According to De Lille, Cape Town would continue to co-host the event, even though it was likely to be held in another country.

"The national government has treated our requests and those of the laureates themselves with disdain, and in so doing showed that they are more intent on pleasing Beijing than with ensuring that a prestigious international event is held in South Africa, which was intended to celebrate the late Nelson Mandela and 20 years of democracy," said De Lille.

There has been speculation that South Africa declined the visa due to pressure from China.

On Wednesday Archbishop Emeritus Desmond Tutu criticised the government for the visa decision.

"I am ashamed to call this lickspittle bunch my government," he said in a statement.