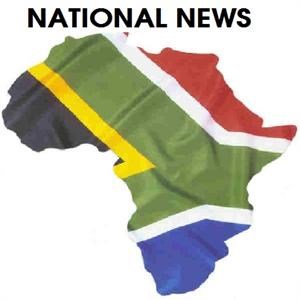 Activists had vowed to return to the streets Wednesday, one day after mass arrests, teargas and water cannons broke up a protest by 1,000 teachers and students in Manzini.

Maxwell Dlamini, president of the Swaziland National Union of Students, said a strong police presence had prevented people from gathering for the march.

"We have adopted a wait and see attitude, we are studying the situation," he said.

Sibongile Mazibuko, of the Swaziland National Association of Teachers, said union leaders would meet later Wednesday to decide how to proceed.

"We are in a process of making a decision. Some still want to press ahead with the protest," she said.

Two protest leaders were arrested in raids this morning, with one kept under house arrest, according to Sipho Kunene, leader of the Swaziland Federation of Labour.

Police patrolled Manzini, arresting people in groups, including four teachers who were speaking to an AFP journalist in a cafe.

"We are not used to seeing so many soldiers. People are afraid of walking to town. I am afraid this is going to affect business," said one Manzini resident, speaking on condition of anonymity.

On Tuesday, police used tear gas and water cannons to disperse some 1,000 teachers and students marching to the main city of Manzini, then stormed the teachers' union offices when the group sought refuge there.

At least 100 people were detained, including top labour and civil society leaders, according to union leaders.

The protesters want Mswati to loosen his grip on power and allow multi-party democracy, but are also angry at government proposals to slash salaries for civil servants amid a severe budget crisis.

Prime Minister Barnabas Dlamini, a staunch royalist, has banned the protest, which began as a Facebook campaign modelled on uprisings in north Africa.

Police began setting up roadblocks late last week and have raided the homes of activists.

Most top union leaders who had been detained have now been released, according to Dlamini, who was held from Sunday to Tuesday.

"We encourage people to stage protests wherever they are. It is difficult to get into Manzini or any city these days. We will see how we are adapting to the new situation," said Dlamini.

The king has not spoken publicly about the protests, but sent his top advisers to meet with union leaders last week in a failed bid to convince them to drop the protest plan.

With 13 wives and a fortune estimated at $100 million, Mswati is ranked by Forbes magazine as among the 15 richest monarchs in the world.

But nearly 70 percent of Swazis live on less than a dollar a day, the unemployment rate is 40 percent, and 25 percent of adults have HIV, the highest rate in the world. Life expectancy is the lowest in the world, at 32.5 years.

Unions called for the protests Tuesday to mark the 38th anniversary of the banning of political parties.

Tiny Swaziland is wedged between Mozambique and South Africa. Its economy depends entirely upon South Africa, which finances most of the Swazi government's income through a regional customs union that sees Pretoria lavish money on its smaller neighbours.

South African President Jacob Zuma, currently in China for a summit of major emerging powers, has yet to comment on the unrest.