Where are sales headed in 2014

We all remember the economic recession back in 2008. It was a tough time for consumers, with banks not willing to lend money and people finding themselves in ever-increasing debt and economic turmoil. 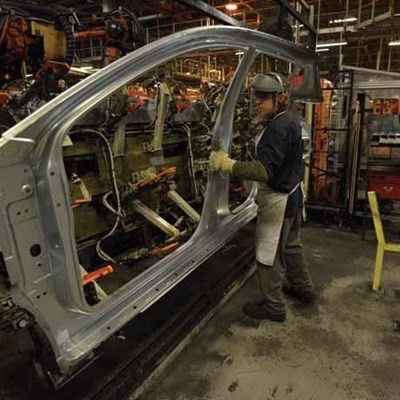 Those days are supposed to be behind us, yet many South Africans are still facing similar problems. Vehicle and fuel prices are increasing thanks to the weak Rand. We have e-tolls to worry about (although judging by what we owe, Sanral should be the ones to worry) and most recently the interest rate hike with threats of more to come.

Wesbank recently released its vehicle sales confidence indicator for 2014. The rather lengthy document I perused is filled with valuable information for the motoring industry. Let’s take a look at our vehicle market since 2002, where interest rates began falling and sales boomed all the way until 2006, when the economic downturn began.

Between 2007 and 2009, we saw dramatic decreases in vehicle sales due to the global recession. It was only in 2010 that we saw the first signs of real growth again, which has continued until 2014, where Wesbank predicts that we may hit a plateau of sorts. The level of growth recently has been great, but a number of factors has seen it stagnate slightly to a point where incremental growth would be satisfactory.

The current market has many negative factors that affect consumer vehicle purchasing confidence. These include our interest rates, which - although at one of the lowest points in four decades - has altered the consumer’s perception and decreased confidence, and the exchange rate, which affects vehicle pricing, fuel costs and overall cost of living. Then there is also the labour instability that isn’t helping the exchange rate or satiating the demand more locally produced vehicles. Wesbank says that this will lead to the stabilisation of vehicle sales, which is not what companies want - they desire growth. The current vehicle sales trend should link up well with the country’s GDP.

If we look at 2013, there were 5% more vehicle finance applications than in 2012 while the average price of a new car bought went up 10.6%, from R222 924 to R246 536 while the average used car purchase only went up 5.9%, from R157 372 to R166 687. Wesbank predicts that this year’s passenger car sales will decrease by some 2%, although it has cited a great deal of dealer confidence, which can be attributed to things like new model releases (think the Volkswagen Polo facelift for example), the fact that interest rates are still low as well as the increased availability of stock after the labour issues last year.

Wesbank has cited the same reasons for the predicted decrease in sales in 2014, namely petrol prices, new vehicle price increases, interest rate increases of 50 base points (which hardly affects monthly instalments in any case), the political uncertainty after the elections, cost of living and the exchange rate.

The fact of the matter is that people will still buy cars, just not new ones. It was said that the used market will grow from its ratio of 1.27 used cars per one new car. Used cars have a few positive forces driving them this year. These include the cost of new vehicles being higher, the affordability that the used option presents and the interest rates that will be positive for the short term. The consumer has seen the value in used vehicles, which will lead to manufacturers, dealers and importers incentivising vehicles with trade-in assistance, cash-back deals and other value-added packages to encourage the sale of new cars.

There are a few scary statistics to be found within the report though, for instance our fuel price, which has doubled since 2007 while transport costs for the average consumer equate to the price of the monthly instalment of a budget car.

Have you ever wondered why the price of used cars is so high locally? Well, here goes a way to explaining it.

We like our fancy cars here in South Africa. In fact, we spend a considerable portion of our income on mobility costs. Take this scenario for example: you are at a certain German carmaker’s showroom. You see the diesel sedan that you can afford and then next to it the cabriolet of your dreams. You apply for finance, it is approved and you take the contract over 72 months (the average in South Africa is 67 months) and off you go. Then 37 months down the line, the new version comes out so you trade in.

You still owe a massive amount, which the dealer covers but has to make back when selling the car on to the next guy who still sees some value in the used proposition.

Only time and consumer purchasing habits will tell if Wesbank’s negative prediction will come true, but for now consider what you are doing when you buy that car that you can barely afford. Try to live within your means and we will all slowly reap the benefits of responsible spending.

When you purchased your last car, was it new or used and what were the determining factors? Write to us at autodealer@caxton.co.za