YOU MAY remember Asimo, Honda’s little robot which made an appearance at the Johannesburg International Motor Show (JIMS) two years ago. 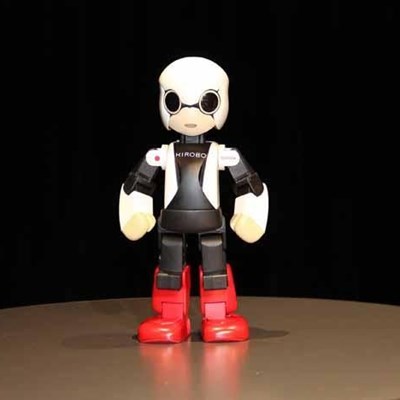 Well, he now has competition as Toyota and a group of Japanese companies and research institutions have created a real-world Astro Boy to join a space expedition to the International Space Station later this year.

Kirobo is one of two humanoid verbal-communication robots developed under the Kibo Robot Project, a joint research project carried out by RCAST, Robo Garage and TMC. The Japan Aerospace Exploration Agency (JAXA) has also provided extensive assistance. Kirobo weighs 1kg, is 34cm high and can recognise emotion, nod and hold a conversation. Kirobo’s fellow robot Mirata will stay behind and monitor him. Apart from sharing Kirobo’s verbal skills, Mirata can accumulate knowledge.

Kirobo and Mirata follow in the footsteps of several Toyota robots created to study personal transport and human dexterity. Previous Toyota robots have, amongst other things, played the trumpet and violin.

But Kirobo’s adventure will be a lot bigger as he heads off to space on 4 August 2103 before returning in December 2014. The expedition will depart from the Tanegashima Space Center in the Kagoshima prefecture.

After launch aboard the Kounotori 4, Kirobo will disembark at the ISS and wait for the arrival of Commander Koichi Wakata in November or December. In the Kibo Japanese experiment module, the commander and Kirobo will then take part in the first conversation experiment held between a person and a robot in space.