The S-Class is just super, man

WHEN luxury and technology meet, the results can be outstanding. The Mercedes-Benz S-Class is considered the best car in the world and after spending a week behind the wheel of this luxobarge, you would be mistaken for thinking otherwise. 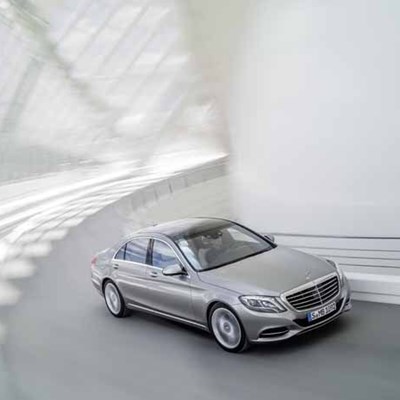 The luxury segment has always been dominated by the S-Class and while other manufacturers are trying to eat into the Merc’s market share, the S-Class seems to brush them off with every new tweak and facelift, which makes this impressive machine even better and leaves its competitors in its wake.

Our chauffeur of choice: the S400h. If you’re pondering what the ‘h’ stands for, you’ll be happy to know that Merc has grown its green wings and now offers a hybrid as the age of fuel-efficient luxury liners is upon us.

Powering this well-dressed German is a 3.5-litre V6 petrol powertrain, which is paired to a lithium-ion battery pack working in unison to give the S400 mountains of torque and enough power to feel like its bigger V8 sibling, but without the gas bill that comes with it.
In fact, during our tenure with the S400h, we averaged around 12 litres/100km, which seemed sensible given the car’s large stature and performance as well as costly fossil fuels. However, the introduction of a diesel option could also do the trick.

Driving around in the large limo, it feels like a lounge on wheels. Imagine your most comfortable chair in the living room that no one else is allowed to sit on. Now get rid of it, because the seats and cabin in the S-Class are even more comfortable than that.
Stress of city living dissipates when cocooned in this Merc. Our unit offered massaging seats that can be both heated and cooled. It also features an entertainment system that would leave your geeky sound buddy envious and enough space to stretch out thanks to the reclining rear seats.

Relaxation and plush luxury finishes are the standout features of the new S-Class. But let’s not forget about the host of tech fitted under the skin that makes this cushy cruiser great.

Despite its mammoth size - and it has a rather bountiful physique - it floats along like a cloud, soaking up bumps and undulations, transporting you in absolute tranquillity.
But don’t let its big body fool you, because the S-Class is surprisingly nimble to drive. Out in the open, it sails along at various speeds with ease and around the bends it has considerable road composure.

Overall, this Merc deserves its title as the best of the best. It’s supremely comfortable and the quiet cabin is tranquillity perfected while its road manners and performance complement each other flawlessly.