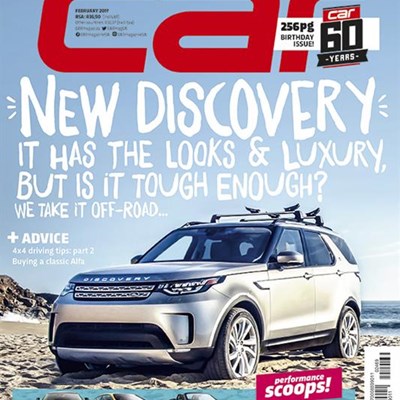 Car Magazine
MOTORING NEWS - CAR magazine, which has been South Africa's leader in the world of automotive publications since its founding in 1957, celebrates its 60th anniversary in February.
CAR's influence has expanded considerably while many competitors have come and gone. In fact, few magazines worldwide can boast a successful history of 60 years, let alone one that has grown to the same extent over the years.
Initially available as a printed magazine, the CAR media platform has grown significantly as consumers' tastes and needs have changed. However, one characteristic has remained and that is the role that CAR continues to play as a trusted source of information for South African consumers, particularly those in the market to buy a new vehicle.
It now has a major online presence as CARmag.co.za with 300 000 unique visitors to the site each month, as well as 360 000 fans on Facebook and about 50 000 followers on Twitter. It is one of only a few consumer publications which is a true multi-media platform with the highest quality production in each of these.
Over the years, CAR has been fortunate to count among its editorial staff some of the best automotive writers and photographers in South Africa, led by relatively few highly committed and talented editors.
The magazine's team not only produces all its own high quality copy and images, but has a skilled video unit too, filming and editing the many reviews, track tests and other events which are an important feature of the content on the web site.
The publishers of CAR, along with the editorial team, have put in a major effort to ensure the 60th edition of the magazine is special. Editorial content is boosted by several consumer promotions. The February anniversary edition runs to 256 pages which includes a special 40-page 60th birthday section. The CAR team has selected the top 60 vehicles tested over the past six decades.
Readers have the chance to win daily prizes which range from car hampers to roof racks and luggage, while there is a grand prize of a trip for two to attend the 2017 Malaysian Grand Prix. All the relevant information can be found on CARmag.co.za.
'We bring you the latest Garden Route, Klein Karoo, Hessequa news'