PORSCHE is celebrating a special anniversary of the 911 sports car at the International Motor Show in Frankfurt with a commemorative 50 Years Edition, half a century since the iconic coupé made its debut in the German city. Appropriately, the special model will be limited to 1 963 cars. 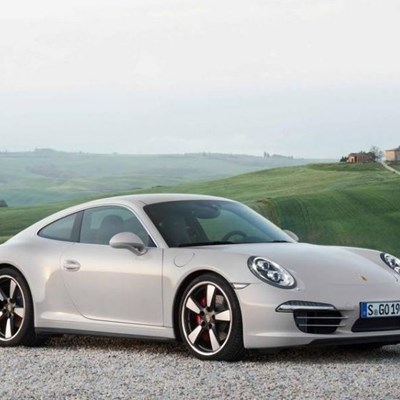 In 1963, Porsche presented the original model to the public. Since this first announcement - initially as the type 901 - the 911 has excited automotive fans across the globe. Porsche will unveil the limited-edition model to coincide with the 50th anniversary of the 911.

Like the first coupé, the 911 50 Years Edition combines a distinctive silhouette with a rear-mounted, flat-six engine and rear-wheel-drive. Yet its efficient performance, active sports suspension and exclusive body styling add contemporary appeal. Over seven successive generations, the Porsche 911 continues to resolve apparent contradictions - such as between tradition and innovation, performance and efficiency - and has become renowned as the quintessential benchmark sports car.

This special-anniversary 911 is based on the 911 Carrera S, but is clothed in the wider body - 44mm broader across the rear wheel arches - that is typically reserved for the all-wheel-drive Carrera 4 models. The unique exterior styling is combined with features that have contributed to the 50-year success story of the car. For example, the Porsche Active Suspension Management with special tuning to complement the increased track width adds to the exceptional cornering dynamics. The car also features a sports exhaust system for increased emotional character.

Two unique colours are available for this anniversary 911: a darker Graphite Grey and a lighter Geyser Grey metallic, with black also available. Each of the cars has a ‘911 50’ badge finished in two-tone 3D style on the rear lid, which is repeated in three-colour embroidery on the head restraints and a two-colour logo on the rev counter and aluminium door sill plates. It is also displayed on the passenger side fascia strip, together with the limited-edition number of the individual vehicle.