I OFTEN get letters from people asking me what car they should buy next. These letters often include a list of finalists the prospective customer is looking at, as well as a list of attributes this person is looking for in their next purchase. 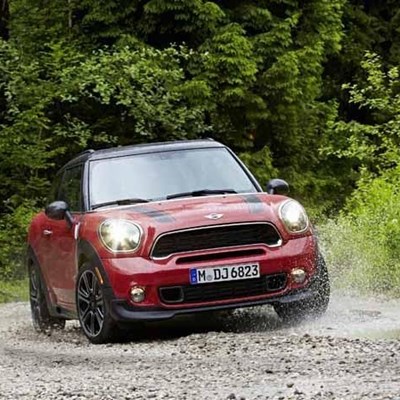 More often than not, a high riding position or decent ground clearance is mentioned. I recently asked one of my pen pals why this was so important. She replied that it just seemed like a good idea given the state of the roads in South Africa.

After reading this totally logical explanation for a phenomenon I didn’t understand, the Mini Paceman finally made sense to me. It seems the public enjoys an elevated driving position, so why not have a high-riding coupé? A customer shouldn’t be forced to have a four-door SUV simply because they want to sit a little higher from the ground. And if variety really is the spice of life, who are we to complain about niche models?

So its existence is justified, but there’s still that nagging sense that a bulbous SUV/coupé can’t be as dynamic as the Mini hatch, which is one of the main reasons why one buys into the brand.

That much is definitely true, but the Paceman is still a fun car to drive. The raised centre of gravity means you can’t drive it as hard as the hatch, but there’s still a lot of fun to be had here. Order it with the optional ALL4 all-wheel-drive system and you have yourself an awesome dirt-driving machine.

The Paceman S’s power comes courtesy of a 1.6-litre turbocharged four-cylinder petrol engine. It delivers 135kW and 240Nm of torque. It’s a nippy powertrain that can be thrashed to achieve a 0-100km/h acceleration time of 7.5 seconds, or driven in a more polite manner so as to achieve the claimed combined fuel-consumption figure of 6.6 litres/100km.

Basically, it’s almost as much fun as the hatch, with the added bonus of more space for your friends. The lack of four doors means the space is a little harder to access, but if that’s a concern, buy the Countryman.

Like the exterior, the interior can be personalised to suit the customer’s every need. In the rear you can have two individual seats or a flat bench at no extra cost. The legroom back there is also perfectly acceptable for kids, but adults might struggle with longer journeys.

The standard-features list is quite generous and an impressive list of optional extras is also available. This gives the customer the chance to choose either a basic Paceman, which should be enough for most, or a fully kitted-out model that could show the luxurious BMW 7 Series a thing or two. Safety levels are right up there with the best as well, with the Paceman scoring the full five stars in the Euro NCAP crash test.

Though it may seem this Mini is suffering from an identity crisis, I believe it has a place in the local line-up. Some people might enjoy driving something exclusive - as I doubt many will be sold while others might want the extra space without having to sacrifice on style.

It has no direct rival, but for similar money you can hook yourself up with a nice medium-size SUV or a new Golf GTI. Or you could strike it exactly in the middle and go with the Paceman.