How to decipher the pesky spec sheets

We often get questions here at Autodealer with regards to the numerous acronyms and units of measurement that we and indeed all manufacturers use to provide you with as much vehicle information as possible. Let’s have a look at some of the most common motoring terms and why each is important to you as the reader. 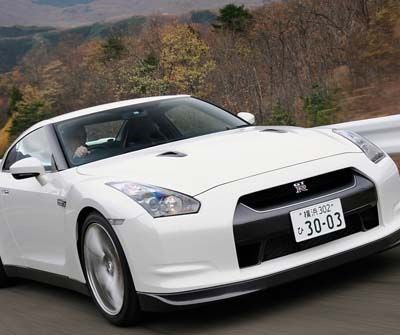 Who’s got the power? - You will often hear us referring to the number of kilowatts a vehicle produces. This is the standard measurement of vehicle power for countries using the metric system. As the name suggests, one kW is 1 000 Watts of electrical power, which is also the amount of energy the engine produces that create movement. Therefore the greater number of kW, the faster the engine can propel the vehicle.

What are you torque-ing about? - Newton metres (Nm) and pounds-foot (lb-ft) are two units used to measure torque. The metric system uses Nm. One Nm is the equivalent of 0.7375621 lb-ft. Torque is a measure of how much a force acting on an object causes that object to rotate, which in the case of a car is the engine causing the wheels to rotate. The best way to describe torque is the sensation one feels when being pulled back into the seat under acceleration. The greater the vehicle’s torque, the more intense this feeling becomes. Per cubic centimetre, a naturally aspirated car produces far less torque than a turbocharged one. It can be argued that torque is a more tangible way of ascertaining power, for example one can feel the full effects of a turbocharged vehicle’s torque far lower in the rev range than its maximum power output, which often requires the vehicle be taken high up near its redline.

Turbocharger - The power and efficiency of a vehicle’s engine can be improved with the addition of a turbocharger. It makes use of pressure from exhaust gases to increase the density of air entering the engine. A non-turbocharged car takes in as much air as the atmosphere around it will allow, but in the case of a turbo car, air is forced into the engine, which means more air into each cylinder, leading to more fuel being added and bigger explosions in each cylinder, which create more power and torque.

Anti-lock brakes system (ABS) - ABS is a safety feature that is now standard on most vehicles. The system helps you avoid skidding when braking suddenly. ABS prevents your wheels from locking, allowing you to maintain control of the car. It uses a speed sensor to detect how fast the wheels are spinning, then it has a three-way valve that either allows for braking or cuts it off during different situations. A pump is there to restore braking pressure while all three systems are kept in check by a controller.

Selectable four-wheel-drive (4WD) - A question that comes up quite often is the difference between permanent and selectable 4WD. The former means that the vehicle is always sending its power to all four wheels, usually in differing ratios, whereas the selectable systems often mean that in road-going conditions, the vehicles are either front- or rear-wheel-driven until the driver selects the 4WD system, which will then distribute engine power to all four wheels.