For most people, a diesel powered car is bought for two reasons; firstly fuel economy and secondly low-down torque. However, someone at BMW clearly thought there should be a third reason, power. 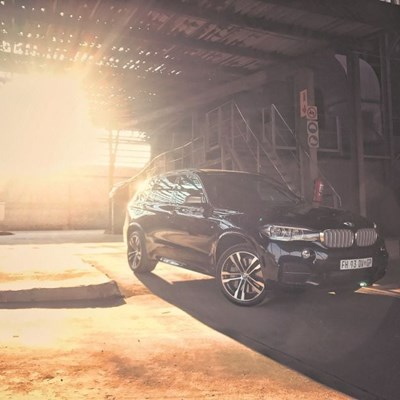 Enter the BMW X5 M50d, a car that makes absolutely no sense whatsoever. Well when I say car, I don’t mean the X5 but rather its 3.0-litre tri-turbocharged diesel engine.

Let’s get one thing clear from the start. I strongly believe that the only X5 in existence should be the xDrive 30d. It has enough power, enough torque and is economical. BMW does offer a 25d variant and although it is extremely frugal, it does lack in the grunt department.

There is also a 40d which is slightly more powerful than the 30d, but if you are considering that, then refer to the beginning of this paragraph. So what was BMW thinking when they decided to take the 30d and let the mad scientists in their M-Performance division go wild?

To be honest, I don’t actually know. What I can only imagine is that they wanted to make diesel exciting, thrilling and fun, and that is exactly what they have done. So how have they done it?

For starters, the X5 that arrived at our office featured an M-Sport kit which includes massive wheels, sporty bumpers, side skirts, silver mirrors and big black exhaust outlets. The car was also finished in Carbon Black paint which in direct sunlight appears as a sort of blue/purple, and in the shade or at night, pure black. When I got inside, I was greeted by a dark chocolate brown interior. I must say, the exterior and interior colours definitely compliment each other to the point that it has become my preferred colour combination on the X5.

The materials used inside are of the finest quality and everything you touch feels expensive. The seats offer great support and rear occupants have enough space to relax; my test unit even featured screens at the rear for entertainment purposes. As for the iDrive infotainment system, while it might not be the newest setup as featured on the latest 5-and 7-series, it still makes for easy use and is also logically laid out.

So it’s luxurious, full of technology and looks presidential. That said, you could get all of this in the 30d as well. What you can’t get though is 280kW/740Nm  from that unique diesel up front. As you would expect, turbo-lag is virtually non-existent.

The turbochargers all work together, helping each other spool up as effectively as possible. This means that the M50d is actually slightly more responsive off the line compared to the full-blown X5 M. It will get from 0-100km/h in a smidge over five seconds.

As for handling, the addition of Active Suspension improves performance in Sport and Sport + mode, whereas everything is soft and compliant in Comfort mode. The trump card though, despite that bomb of an engine, is fuel consumption as I managed to average 9.7-litres/100 km during my tenure.

The X5, as an offering, is tough to beat. It is the benchmark in terms of what a luxury SUV should be. Sure it will be useless off-road with its very large low profile road tyres, but it still features xDrive all-wheel drive. It can handle gravel roads and is a hoot to drive.

If its bragging rights you want, toppling the M50d is a tough task. However, if you want a usable, capable, economical, good looking and luxurious SUV, the only question to ask is what colour would you like your 30d to be?