I REMEMBER my first encounter with a Nissan Z car. I was quite young when a rather large man approached my father and asked if I would like to go for a drive in his Nissan 350Z. As this man knew my father quite well, my dad obliged and I hopped in to discover that this particular car had been supercharged. Suffice to say I have always wanted to drive one and, lucky for me, I had the opportunity to get my hands on the 370Z. 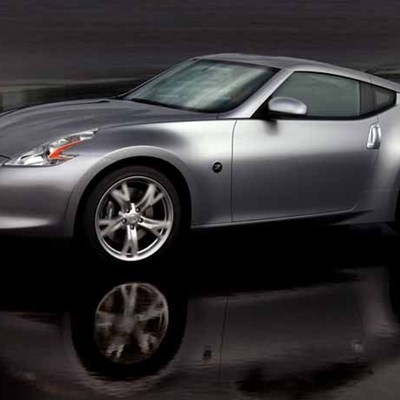 It’s hard to believe this is already the sixth generation Z car, which is likely due for a replacement in the not too distant future. Back to the current car. As I peered in to its rather GTR-esque cabin I noticed it was the automatic variant. This is not a lightning fast double-clutch job as seen in the GTR but rather a more conventional seven-speed torque converter automatic.

In auto mode the car does not feel as sporty as I had thought; the main reason was the gearbox and I suspect the manual variant would provide some serious thrills. It’s not all bad though; the upshifts when done in manual mode through the steering-mounted paddles are actually quite brisk, although they do make the car lurch slightly. On the downshift there’s a very satisfying auto-blip, which gives off an unmistakable V6 wail.

Powering the 370Z is a 3.7-litre V6 that produces 245kW/363Nm. The car is a screamer with a rev limiter set at 7 500rpm. It’s a great engine; what it lacks in torque it certainly makes up for with smooth linear power delivery. It has a claimed fuel consumption of 10.4 litres/100km which I could not replicate in real world driving. The car can be extremely quiet when pottering about yet, at full tilt, the V6 really comes into tune and produces a hard-as-nails bark. Here at the reef the car does suffer when compared to the turbocharged machines. However, it does have the boosted car’s beat in terms of throttle response and outright aural pleasure.

The interior is a really sporty place to be with suede and leather everywhere and the impressive instrument binnacle attached to the steering wheel means the wheel itself never obstructs the driver’s vision. There are niceties like an infotainment system with satellite navigation, USB, AUX, Bluetooth (phone only) and a 9.3 GB hard drive for music storage.

The 370Z looks like a more substantial car than the 350Z yet Nissan managed to make it over 80kg lighter than the older model. Aiding this weight reduction is the use of aluminium components in its construction as well as the gorgeous 19-inch Rays forged-aluminium alloy wheels that finish the car off so well.

A sports car must have great handling in order to be considered truly great and the 370Z is definitely going down as one of the most balanced vehicles that I’ve driven. There isn’t much of a back end to speak of and it has quite a lengthy bonnet which made me feel that it might be snappy. But with a 53/47 front/rear weight distribution split, the car actually feels very controllable. There is also - what Nissan calls - a Viscous Limited Slip Differential, which uses a silicone-based oil and perforated discs inside the diff to create friction which slows one wheel down and distributes power to the wheel that needs it the most.

I have to say that my first Z car experience was a pleasant one. While I found myself wanting a third pedal I must admit the automatic does present a more everyday type of driving proposition.