An ode to the fast and the furious

A FEW days ago we received a letter from a disgruntled reader asking us to stop moaning about taxies, e-toll, corruption, congestion, fuel prices and the rest of the stuff that irks the average motorist. 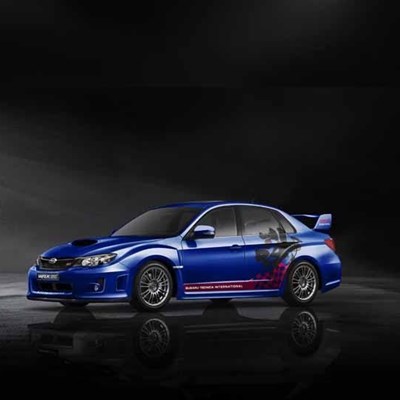 Wish granted, Mr Disgruntled Reader, as I’d like to dedicate this week’s opinion page to a collection of video tests we have in reserve, as well as an ode to the Subaru WRX STI. To the rest of you who loves a good moan as much as me, don’t worry too much - normal service will resume shortly. I have a bee in my bonnet over child safety and I can’t wait to have a nice 800-word whinge about it.

For now, however, let’s focus on the new Subaru WRX and the STI that will follow a few months later.

I have little doubt that it’s going to be an epic machine, but looking at it I can’t help but feel a bit sad that it doesn’t look as ferocious as it used to. The new car looks a bit docile, almost as if it’s ashamed of being a performance car.

Subaru offers some relief by stating that the new WRX will be a performance street car, while the STI will be built with high-performance racing in mind. It’ll have a wide body and be styled aggressively, but unlike the current STI, this one will have been designed and developed in a world that has become obsessed with efficiency.

Actually, I don’t want to talk smack about the new car, because I honestly think we should just all be thankful for the fact that it still exists. Mitsubishi recently pulled the plug on the Evo because it wants to focus on electric mobility, so the Scooby has the road-going-rally-rocket class all to itself.

The new car will have a lot to live up to, as the current model is an absolute beast. I’ve been thinking about it a lot lately, so I asked the guys at Subaru if I could have one last go in the current one before it leaves us for that great racetrack in the sky.
The friendly folk there agreed and sent us a very special car that was never meant to be used as a media car. It’s called the STI Performance Edition and it’s completely over the top, just as an STI should be.

We just happened to be outside when it was delivered and we could hear it long before we saw it - that signature boxer grumble accompanied by the hiss of the monster turbo.

Then we saw it for the first time. It was quite simply the most vulgar car I’d ever come across in my life. It had special carbon-fibre trim all over the place, pink Subaru Technica International stickers on the side and the most obscene decals running across the rear doors.

The WRX STI is, though, completely unapologetic about what it is. It’s a ridiculously rapid, flamboyant rally car that’ll beat a hot hatch to a pulp. If you asked about its fuel consumption, it’ll probably run you over. Basically, it’s the kind of car you mom warned you about.

To drive, it’s more of the same. This special Scooby comes with upgraded coil springs and a few small changes to the rear suspension, but it’s very similar in setup to the standard car. This means you’re never left wanting in the power stakes, with 221kW and 407Nm on tap.

Drive it properly and it’ll cover ground at an alarming pace. Drive it like a lunatic and it gets even better. Scooby’s symmetrical all-wheel-drive offers loads of grip, but it will allow you some slip-and-slide fun even with the traction control switched on.

What I love most about it is the fact that it’s fun - pure and simple. It’s a car built for petrolheads, by petrolheads. I’m going to miss it a lot, but I’m sure the new WRX will be more than able to fill the STI-shaped gap in my heart.

I guess the point I’m trying to make is this: yes, cars are tools we use to get to work and back and we need to consider efficiency and the environment, but I don’t want to live in a world where we only focus on those things.