A supermodel with a paddle shifter

WHEN writing a road test, I like to keep as far away as possible from the subject of style. Not only because it’s a personal thing, but mostly due to the fact that the page you have before you has a photo on it and you, dear reader, can decide for yourself whether you like what you see, or not. 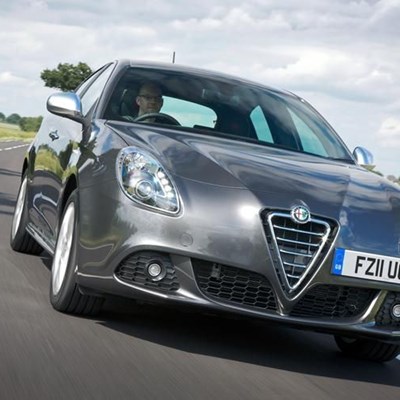 Unfortunately it’s not that black and white when it comes to driving an Alfa Romeo. They are beautiful machines and I dare anyone to describe a 159, Mito or 4C as ugly while being subjected to a lie-detector test. It just isn’t possible.

The same can be said of the Alfa Giulietta. It’s not as handsome as the 159, nor as breathtaking as the 4C, but it has a certain something. It’s certainly the best-looking five-door hatch you can buy in South Africa.

It’s been around for two years, but the recent introduction of a twin-clutch transmission to the range gave us the excuse we needed to drive it again.

The inclusion of this smart gearbox definitely broadens its appeal on the local market, but it unfortunately means that it now has to go head-to-head with another five-door hatch that offers the same sort of transmission - the Volkswagen Golf.

The power figures suggest an immediate and undisputed victory for the Alfa. After all, its 1.4-litre turbocharged petrol powertrain produces 125kW, which is way more than the Volkswagen can muster from its similar powertrain. This allows the Giulietta to accelerate to 100km/h in just 7.7 seconds. This is mighty impressive for a car that can theoretically achieve a consumption figure of just 5.2 litres/100km.

I also liked driving the Giulietta in a spirited fashion. Alfa’s patented DNA system allows you to change the setup of the car depending on your driving mood. In Dynamic mode, it’s very responsive with lightning-fast gear changes, making for an involving and enjoyable drive.

The same cannot be said for Normal mode. In this mode the gearbox is clunky and indecisive. On a few occasions, it clung to one specific gear for far too long and on others it changed up way too quickly. It’s especially annoying when you suddenly need the power and it takes ages to kick down one or two gears.

The obvious answer is to superglue the DNA switch in Dynamic mode, but that would make the Alfa unbearable on a day-to-day basis. This twin-clutch gearbox’s main problem is the fact that it’s not intuitive. In the Golf it feels as if the car is always two steps ahead of you and that’s just not the case with the Alfa.

It’s a pity, because I really like this car. I think it looks sensational and it definitely tugs at your heartstrings like any good Italian car should. In many ways, owning a Giulietta is like dating a supermodel - she’s lovely to look at and makes you feel like a million bucks, but living with her day-to-day would wear you out.

As a car, the Golf is miles ahead and definitely the one to go for, but that doesn’t mean there isn’t a market for the Alfa. There are people out there who place style above all else and for them nothing but an Alfa will do the job.


I'm a 19 year old woman looking to meet men and women between the ages of 19 and 27.
View Profile