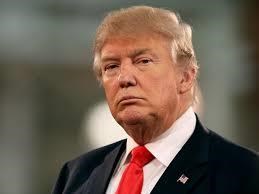 Some US enemies like Russia are becoming his friends, and longtime US allies like Germany are wondering whether America will be there for them any more.
Geopolitical groups and alliances like the EU and NATO that have underpinned US global leadership for generations are reeling from Trump's disparaging comments.
Amid the tumult, world leaders are hurriedly repositioning themselves to deal with the new world disorder that the incoming American president seems to herald.
China, for example, despite its Communist political system is moving into a vacuum left by Trump's hostility to free trade deals to position itself as the champion of unfettered and open commerce.
Russian President Vladimir Putin is emerging as Trump's most vocal defender, despite allegations of Moscow having cyber hacked in the US election.
In the Arab world, US allies are mustering to head off the firestorm they fear if Trump honors his campaign vow to move the US Embassy in Israel from Tel Aviv to Jerusalem.
Read more on CNN.