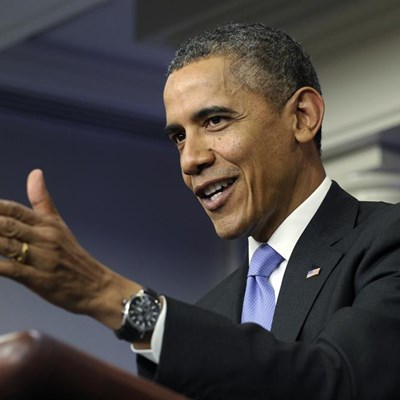 "Any death of this sort is a tragedy. Any shooting involving multiple victims is a tragedy," said Obama, as Vice President Joe Biden stood alongside him. "There is something particularly heartbreaking about death happening in a place in which we seek solace and we seek peace."

Obama spoke of the personal connections he and first lady Michelle Obama had to the Emanuel African Methodist Episcopal Church, where they knew several members.

"We knew their pastor, Reverend Clementa Pinckney, who, along with eight others gathered in prayer and fellowship, was murdered last night," Obama said. "And to say our thoughts and prayers are with them and their families and their community doesn't say enough to convey the heartache and the sadness and the anger that we feel."
Read the full story on CNN.