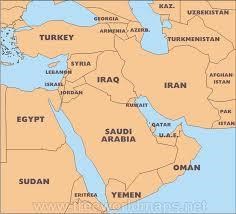 The senior US diplomat left Washington Tuesday morning headed for Amman, the first stop on his tour which begins Wednesday.

He will then head to Jeddah in Saudi Arabia for two days of meetings involving officials from Iraq, Jordan, Egypt, Turkey and the six countries which comprise the Gulf Cooperation Council (GCC), Saudi Arabia, Kuwait, Qatar, United Arab Emirates, Bahrain and Oman.

Kerry's arrival in the region on Wednesday comes with Washington buoyed by the formation of a new government in Baghdad.

The start of his trip will coincide with a keenly awaited speech by US President Barack Obama in which he has vowed to set out a strategy to defeat the jihadists who have unleashed a wave of atrocities that have shocked the world.