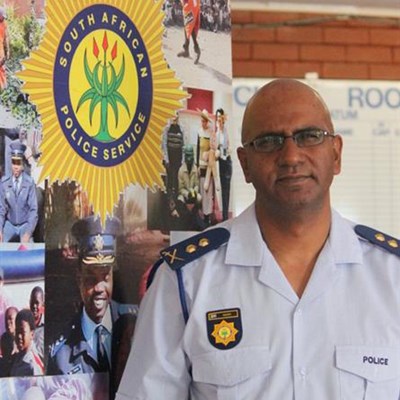 Major-General Oswald Reddy.
GEORGE NEWS - The George Cluster is getting a new commander.
Major-General Oswald Reddy, who hails from Gauteng, will possibly take office in George next month.
This comes after Major-General Thembisile Patekile's promotion last month to deputy provincial commissioner, responsible for visible policing in the provincial office in Cape Town.
Reddy was previously the cluster commander of Honeydew.
Since Patekile's departure, Oudtshoorn's cluster commander Brigadier Phindile Cetyana was the acting cluster commander.
A Caxton community newspaper, the Fourways Review, published an online article on Tuesday stating that the Honeydew Cluster Community Policing board chair, Advocate Jean Berdou, confirmed that Reddy will transfer from Honeydew Police Cluster to George with effect from 1 April.
"Major-General Reddy will head the George Cluster, which includes Wilderness, Knysa and Plettenberg Bay among others, and certainly will be the envy of some. He is looking forward to the challenge and will be sorely missed after serving Gauteng Police for the last 22 years in various capacities. The Honeydew Cluster is truly sad to lose their beloved general, but wishes him well in his new role in George," Berdou was quoted in the article.
The George Herald contacted the Southern Cape media office and the provincial office for confirmation and comment, but nothing has been received.