Man nabbed for drugs and stolen property worth thousands

Drugs that were confiscated from the suspect’s home in Parkdene.

GEORGE NEWS - A Parkdene man (34) was arrested at his home on Tuesday 6 July, after police received a tip-off from members of the public regarding drug dealings at the man’s house.

Members of the Provincial Organised Crime Investigation’s narcotics section based in George (OCI-Narcotics George), assisted by members of the newly established Eden Cluster Flying Squad, arrested the suspect after 1,81kg of tik and 800 Mandrax tablets with a combined estimated value of R673 500 were found in his possession.

According to Southern Cape police spokesperson, Capt Malcolm Pojie, a substantial amount of cash as well as suspected stolen furniture to the estimated value of more than R100 000, was also confiscated.

“Members also seized land surveying equipment that was positively linked to a “theft from a vehicle” case that was registered at Conville Police during November 2020,” said Pojie. “As a result of the find, members arrested the suspect who is scheduled to appear in the George Magistrate’s Court on Thursday 8 July. He faces charges of dealing in illicit drugs as well as possession of suspected stolen property.”

The Acting Eden Cluster Commander, Brig Phumzile Cetyana, lauded members involved with the bust for their relentless efforts to eradicate drug distribution in the Southern Cape and to bring the culprits to book.

Western Cape Provincial Commissioner, Lt-Gen Thembisile Patekile, also praised those involved in bringing the suspect to book. He encouraged members to align themselves with the strategic and operational objectives of the police to ensure that our communities are and stay free from the scourge of drug abuse. 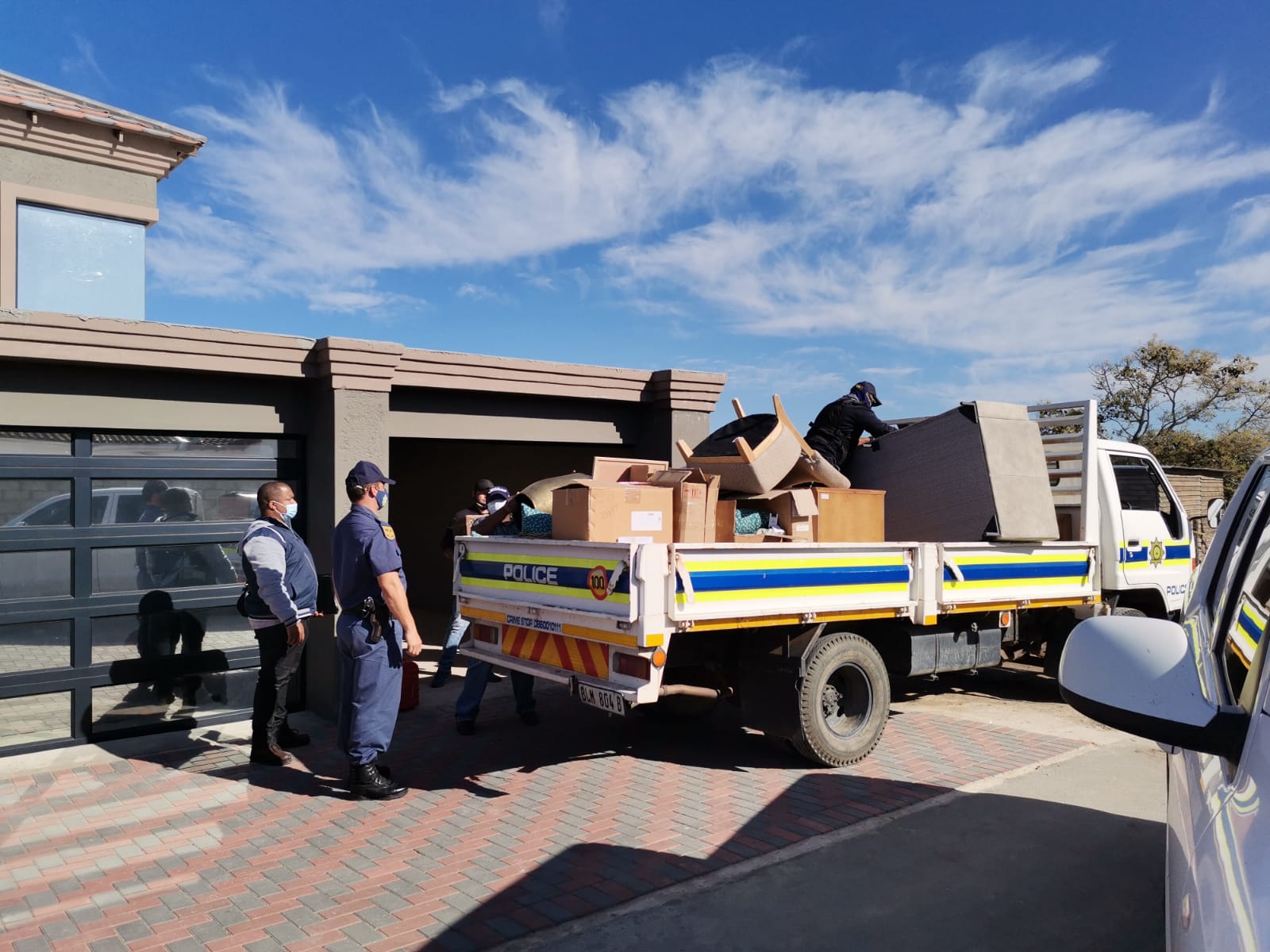