Landfill site is too costly 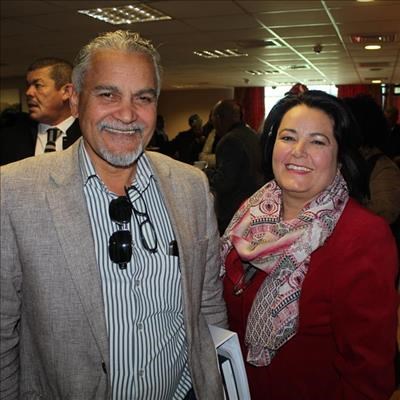 GEORGE NEWS - George Municipality can't afford to pay the steep annual contribution cost of over R31-million for the establishment of a new regional landfill site in Mossel Bay. The matter was discussed during a special council meeting on Monday 17 July when a motion was tabled to apply for R17-million from the Western Cape Department of Environmental Affairs and Development Planning.

That is the deficit the municipality would be unable to pay during the 2018/19 financial year.

However, the motion was put on ice, pending further information. Councillors requested more clarity on the greater issue and it will be tabled again in due course.

The waste disposal and transport cost for the current financial year (2017/2018) amounts to R11-million and for the 2018/2019 budget it will be R14-million. The annual contribution cost for the regional landfill site for George Municipality will be over R31-million from 1 July 2018.

Athane Scholtz, media liaison officer for George Municipality, said that, while it seems that regional and provincial government are not addressing concerns regarding the affordability of a proposed new regional landfill site just 14 months ahead of its enforced use, the George Municipality is investigating and implementing several measures to try and minimise future refuse tariff hikes of up to 121%.

"The George Municipality is one of four local authorities in the region that have concerns about projected costs of establishing and maintaining the new joint landfill site, which they consider unrealistically high yet are forced to participate in to comply with national environmental legislation."

George Municipality recognises the need for a regional landfill site, but is highly concerned about the current proposed financial implications. "However, the municipality is not going to wait until the matter is resolved or addressed to start working towards waste reduction and other solutions," said Scholtz.

Municipal Manager Trevor Botha said issues surrounding waste management and landfill were multi-faceted and required inter-governmental cooperation and financial solutions from all role players. "The municipalities recognise the need for a regional landfill site and we have been working very hard on our side to come up with solutions that will reduce costs," he said.

He said the affected municipalities are concerned that important operational matters such as waste reduction efforts, consultant fees, asset procurement, operational costs and time frames have not been addressed satisfactorily in previous presentations. "The concern is that some of the unspecified costs could have been avoided or addressed differently to reduce municipal contributions.

Our concerns are exacerbated by the fact that, while steps are being taken to reduce future waste tonnage and overall costs, the capital outset for the establishment and maintenance of the site will have a significant impact, irrespective of tonnage."

Feedback from Eden District Municipality about the cost breakdown of the project, the consultant appointed and the stance of the other municipalities is being awaited.

The rapid population growth of the city and region has caused Eden's landfill sites to reach capacity. Municipalities had to construct transfer stations and contracted PetroSA to deal with excess waste, but this site too is reaching capacity and will close by the end of August 2018. The new regional landfill site is earmarked for construction next to the current site at PetroSA. Read more about the history of the landfill saga online at www.georgeherald.com.

The backgroundRapid population growth of the city and region has impacted on all aspects of municipal services for most local authorities. More people means more waste, which saw many municipalities dealing with waste far exceeding its relatively small disposal and landfill sites.

In Eden, as landfill sites reached capacity, municipalities had to construct transfer stations and contracted to PetroSA to deal with excess waste, but this site too is reaching capacity and will close by the end of August 2018.

The implications of the National Environmental Management: Waste Act, which requires massive reductions in waste and landfill space, has led to instructions from the Department of Environmental Affairs that local authorities participate in a joint regional landfill site (as opposed to each constructing its own) - with the ultimate purpose of reducing waste to the absolute minimum.

The Eden District Municipality commissioned studies into the identification of suitable land and cost estimations for a proposed regional site. Considerations for determining suitable land included soil formation, taking into consideration factors such as the ability to dig deep safely, the site location in relation to residences, and space large enough to contain the waste of at least four municipalities including George, Mossel Bay, Knysna and Bitou (Plettenberg Bay). Eden District Municipality indicated that cost percentages were based on projected waste per municipality, among other things.

In May this year, Eden District Municipality communicated that the site had been purchased and the estimated annual costs for George Municipality will exceed R31-million - which is significantly more than the R11-million budgeted for 2017/18 (which is already a 15% hike from the previous year to alleviate the expected impact of using a new regional refuse landfill site) and R14-million for 2018/19.

The Eden District Municipal Managers Forum has appealed to the Western Cape Minister of Local Government, Environmental Affairs and Development Planning, Anton Bredell, to assist in the matter and minutes of forum meetings are provided to his office. To date provincial treasury has not issued the relevant certificate with regards to the unaffordability of the project to the relevant municipalities.

'We bring you the latest George Herald, Garden Route news'