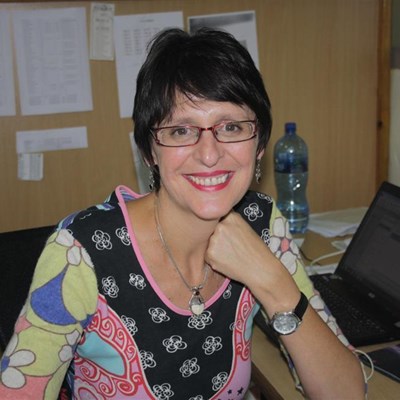 Ilse Schoonraad, George Herald Editor.
Hell hath no fury like a woman scorned. On the day that Western Cape Premier Helen Zille was suspended from all DA activities, all hell broke loose in the Cape. Gale force winds started battering the Garden Route, transforming the Eden District into the opposite of paradise.
Mmusi Maimane and most of the DA Federal Executive would happily have pinned the adverse weather conditions and resulting catastrophic fires on Godzilla, but they would have needed a PR company of the ilk of Bell Pottinger to convince the gullible on social media. But then again, there is a good reason why tempests and hurricanes are always named after a woman.
The fires along the South Coast overshadowed the Zille suspension and the day after her suspension and the first destruction she was in George, Knysna and Plettenberg Bay, taking calls in the operations room and visiting people who had lost everything. Making sure their paths do not cross, Mmusi only arrived in the Southern Cape on Monday.
The entire Zille saga leaves one in two minds. On the one hand you ask: How could she be so insensitive and arrogant to jump on the bandwagon of those who always justify the white man's presence in Africa by pointing out the 'benefits' of science and industrialisation?
And on the other hand you cannot help but ask: How could the DA play right into the hands of the ruling party and the opposition by getting rid of the matriarch of the DA, when other leaders have made far worse and racist statements in public? Or is a tweet deemed to be different?
Maybe if you say something face to face on a stage to an appreciative audience, it is fine. Just don't say it on social media - because then all your enemies and every Tom, Dick and Harry (with the emphasis on Dick) also pick up on your offensive tweet, and retweet it with lots of angry emoticons and lewd comments about your looks, your sex and race.
Yes, Zille should stay away from tweets, but so should millions of other twitteratis. Trump, Mary J. Blyge... Hawks spokesperson McIntosh Polela was fired when he tweeted: "I trust that JubJub's supporters gave him a jar of Vaseline to take to prison." Five years later JubJub is out of jail, but Polela is still fired.
WhatsApp groups are becoming just as bad. People are increasingly using WhatsApp as a mini Twitter platform. Beware. WhatsApp is part of social media as much as Facebook and Twitter. All the laws that regulate social media apply to WhatsApp as well. So don't think because you are on a drinking buddy WhatsApp group that you can post sexist or racist jokes - even if you deem them to be harmless and just 'jokes'.
You just need one 'friend' to get up in a bad mood sporting a hangover to share it with the whole world via Facebook or Twitter and just like Penny Sparrow you may soon be out of pocket by R150 000. Not to mention poor Margaret van Wyk who will forever - no matter whom she meets - wonder if they saw THAT?
Social media is a great help and WhatsApp Groups, Facebook, Twitter etc kept people in the Southern Cape and South Africans all over the world up to date with hot spots, the welfare of loved ones and no-go areas over the past week.
It was also used to mobilise much needed assistance. Unfortunately there were those who spread dramatic untruths of hijackings, arson and death as well as exaggerations of actual fires, causing precious man hours to be wasted.
Treat social media with the respect it deserves. It's a lesson that Zille had to learn the hard way. Let's hope that just like the Garden Route, she and Mmusi also settle down after the (social media) storm has passed.
BY ILSE SCHOONRAAD, GEORGE HERALD EDITOR
'We bring you the latest George, Garden Route news'