George should have water for an extra year 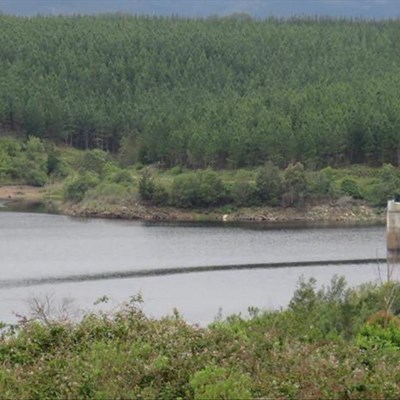 Georgians are asked to restrict water usage to help ensure long-term water security, though the current dam level is over 75%. Photo: Pauline Lourens

GEORGE NEWS - Consumers must not relax their water saving efforts. This is an appeal from George Municipal Manager Trevor Botha, who stressed the municipality's long-term approach to water security earlier this week.

He said that the municipality will be pursuing the goal of having water supply for at least a year without rainfall, based on the dam level, production capacity and water consumption. George currently has water for nine months after the dam level rose to above 75% due to good rains since September.

To increase the security of supply to one year, Section 2B restrictions are expected to remain in place for the foreseeable future. "With a long, hot summer ahead, we must think long term and save whatever we can," said Botha. The current supply of nine months' water is based on an average usage of 30 megalitres per day. "This is much more than the 22 megalitres target required for us to reach that one-year's water supply goal in the near future. We therefore ask residents and visitors to keep on treating our drinking water as a precious resource."

He said households should make a maximum water usage of 15 kilolitres per day their permanent goal and urged businesses to continue aiming for a 15% saving on their monthly water consumption to help reach the target. In the past week, 24mm of rain fell and the dam level is now 76%.

However, according to Mmathapelo Makgabutlane, a forecaster from the Cape Town Weather Office, it is a weak system and its impact in South Africa is currently expected to be marginal.

"In the George / Garden Route region, which falls within a so-called transition zone between winter (west and south-western parts of South Africa) and summer (central Northern Cape, Eastern Cape and eastwards) rainfall regions, it remains highly unlikely that the effects will be felt. At this stage, indications are for normal rainfall and temperatures for the coming summer period."

The total rainfall recorded by George Municipality for November is 159mm, which is on par with the long-term average for the month (160mm). Weather SA's prediction for the rest of the week shows some showers are expected on Friday.

Dire state
Other parts of the Western Cape have been hit hard by the drought. According to the Western Cape environmental affairs department, the average level for dams across the province for the week starting 27 November is 34% (2016: 56%).

Environmental Affairs Minister Anton Bredell said the department received an additional R95-million in the recent budget adjustments which will be used for drought relief and water supply projects. "Various areas across the province remain in a dire state. These include Beaufort West and Kannaland, the city of Cape Town, Bitou and Knysna."

The Matzikama region on the West Coast has also become "a serious problem", with the agriculture sector particularly suffering, said Bredell. He appealed to the public, visitors included, to continue to manage their water usage and keep it low.