GEORGE NEWS - A motorbike rider was injured in an accident in the Kaaimans Pass early today, Sunday 22 December, when he crashed into one of the road signs along the road.

The biker allegedly swerved out for a vehicle that came into his lane and crashed. The motorbike ended up next to the road in some bushes.

The injured biker suffered serious injuries to his legs and several other fractures.

He was taken to hospital by ER24 paramedics who were on scene. 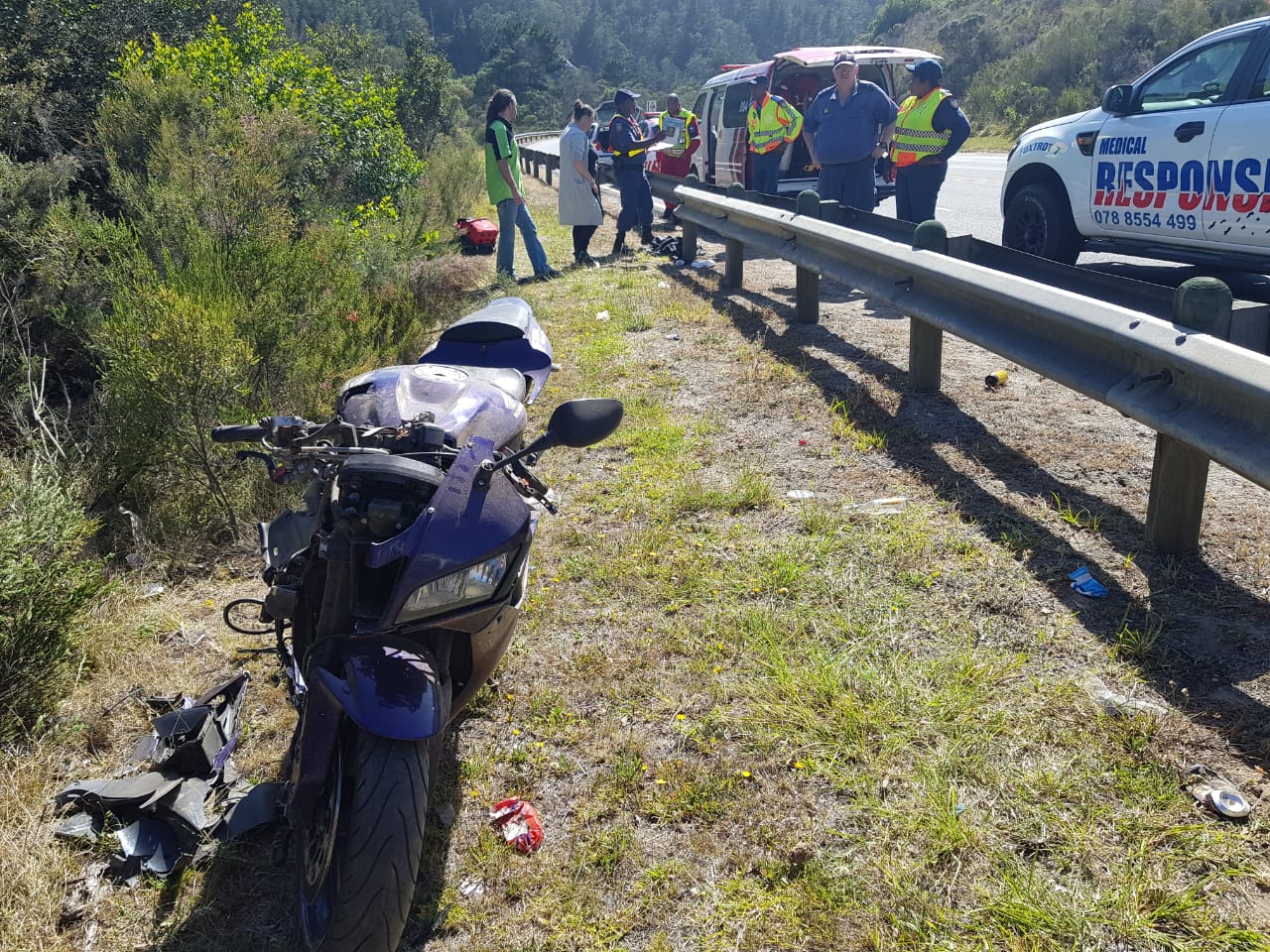 The motorbike ended up next to the road in some bushes.