'A crucial year to vote'

ELECTION NEWS - Johannesburg residents David and Karen Ritchie, who are visiting the Garden Route, made their mark this morning at the Wilderness NSRI station.

Karen said, "We believe it is the right thing to do and this is a crucial year to do it. We voted for the same party as in the previous election."

Rina and Stefaans Wasserman who voted at Van Kervel School said they did not vote for the same party as during the previous election. "We chose a different party because we want to see change for the better in our country."
Rina was impressed with the smooth-going of the process and said the election officials were efficient and considerate.

Nicholas Bowen and Nina Bosch cast their votes at the Wilderness NSRI station. They voted for the same party as in the previous election. Nicholas said, "We voted because we believe it will make a difference. If you do not vote, you cannot bring about change." 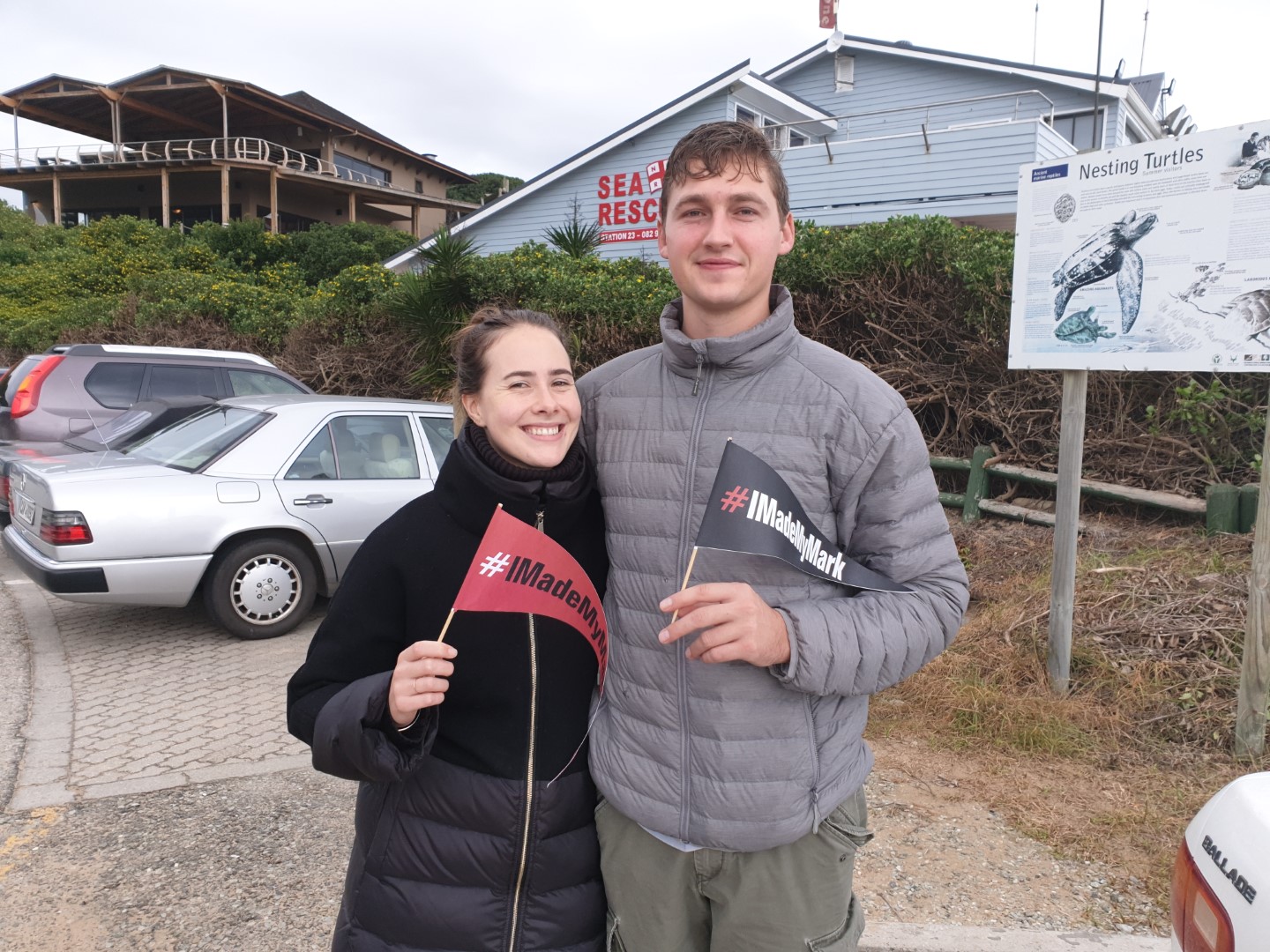 Nina Bosch and Nicholas Bowen believe it's a question of no vote, no change.'We bring you the latest George, Garden Route news'