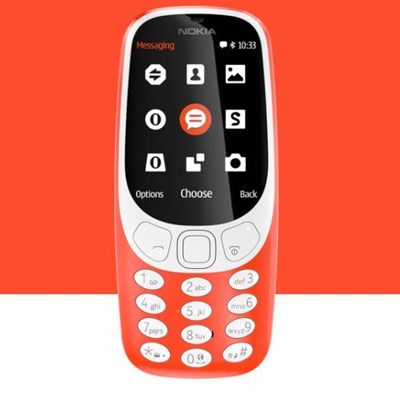 The new Nokia 3310.
BUSINESS NEWS - Mobile World Congress, one of the most innovative technological conferences in the world took place on 26 February in Barcelona. It is here that Nokia held a press conference to announce their re-release of the Nokia 3310.

People love nostalgia, it’s apparent in fashion and music which pays homage to certain ages almost every decade like clockwork.
It was only a matter of time before we started becoming nostalgic about cellphones, which for the last decade and a half have accelerated how we communicate and connect globally. Their capability, design and added features have put the world at our fingertips.
Here are some specs of the new Nokia 3310:

Design
With a rounder frame and much slicker design, the new Nokia 3310 is a much slimmer, colourful and funky version of its predecessor.

Display
The new Nokia 3310 has a 2.4-inch screen with colour display. It has a polarised layer on the top of the glass to make the screen more legible under the direct sunlight.

Special features
As with most entry level smartphones, the Nokia 3310 reboot boasts a 2-megapixel camera with flash on the rear. It also has FM Radio and an mp3 player.

Battery life
The Nokia 3310 has 22 hours of battery life, which is almost 10 times more than what the original Nokia 3310 offered. The phone can charge using a microUSB port

Colourful
It’s available in four colours; shiny red and yellow or a matte blue and grey

Storage
The phone has 16MB internal storage. You can also add a microSD card of up to 32GB.