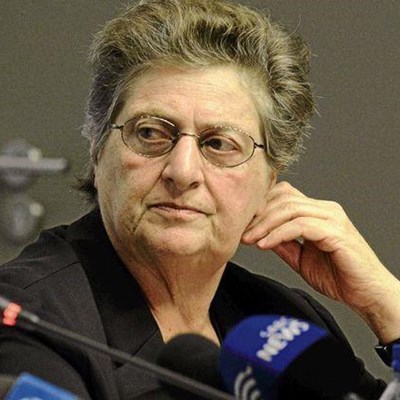 Gill Marcus, who lives in Knysna and was the former governor of the SA Reserve Bank, will be at George U3A's AGM on 27 January.
Gill Marcus will be the guest speaker at the University of the Third Age's (U3A) AGM to be held on Wednesday 27 January at Emmaus in Memoriam Street, George. The title of her talk is '2016 - a challenging year ahead'. The meeting is open to visitors at R10. The meeting starts with tea at 10:00 and the talk starts at 10:30.
Marcus was a parliamentarian in 1994, and chaired the Joint Standing Committee on finance. This was followed by being elected the deputy governor of the SA Reserve Bank from 1999 to 2004.
She was also professor and held the chair of Policy Leadership and Gender at the Gordon Institute of Business Science. Among other high powered appointments she was governor of the SA Reserve Bank from 2009 to 2014 and represented South Africa at meetings of various international bodies such as the Bank of International Settlements and the G20.
For more information, or if anyone wants to join the U3A organisation, which is aimed at providing mental stimulation, contact Chairman Sue Rijsdijk on 044 877 1180.
For more events in our area, visit our What's On section.
'We bring you the latest George, Garden Route news'